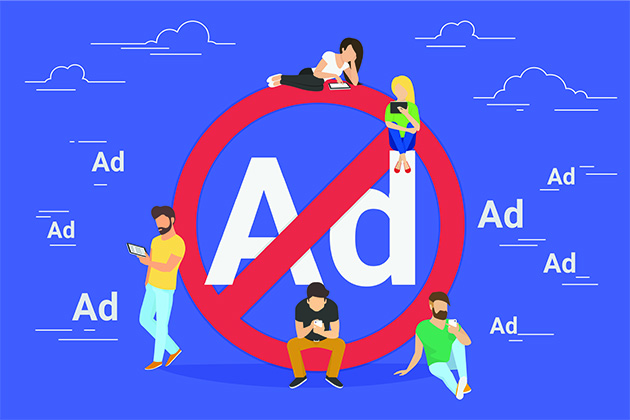 For as far back as any reader of a newspaper or magazine can remember, there has always been one constant alongside journalists' stories: advertisements. Without ad revenue, it would be difficult to keep news organizations running, or to pay to keep journalists employed there.

Online publications and websites are increasingly asking readers to disable ad blockers or pay to read their content. For example, The Atlantic announced last month that visitors to its site who use an ad or script blocker will soon see a message: Whitelist The Atlantic or purchase an ad-free subscription for $3.99 a month or $39.99 a year.

"For our publication to continue to grow and be sustainable, we need to create an environment where readers can accept and feel good about ads alongside our work — or else support it in alternative ways," Kim Lau, senior vice president of digital and head of business development at the Atlantic, wrote in a post explaining the magazine's decision.

"It's obviously a concern to us if there's a segment — and potentially a growing segment of the population — that doesn't understand that value exchange," she said.

More than a quarter of internet users employ ad blockers, according to a July study by the Interactive Advertising Bureau. The study found consumers are most annoyed by ads that delay or obscure access to content, which is the top reason they said they would use an ad blocker. Other reasons include fear of malware/viruses, preventing unanticipated autoplay audio or video ads and preventing slower browsing speeds.

For years now, the journalism industry has struggled to leverage its value amid declining print readership, which has led to an overall drop in revenue. Now, there are readers who don't want to pay to read online journalism. In the early days of the internet, most online publications were free to readers — but that was also before many print readers had shifted to online readership.

"As we moved into the 21st century, many print magazines found themselves on the verge of extinction as consumer behaviors changed and news and analysis became readily available online — on demand and at no cost," Lau writes.

The industry had to change, and publications are now looking for new ways to bring in revenue — or at least take back what was lost by ad blockers.

Some publications, such as Wired, have taken another approach: simply asking readers politely to disable their ad blockers. The message, "Please do us a solid and disable your ad-blocker," appears in a spot where an ad normally would.

The Guardian also prompts readers who have ad blockers switched on with a message asking them to support the publication in another way, directing them to a link to become a "supporter" of The Guardian.

"There's no silver bullet to mitigate against ad-blocking, which is why we're running tests to encourage users of ad blockers to fund high-quality journalism in other ways," Guardian U.S. CEO Eamonn Store told The Wall Street Journal.

The question is, will more publications follow suit? As with just about any new endeavor in this industry, only time will tell.