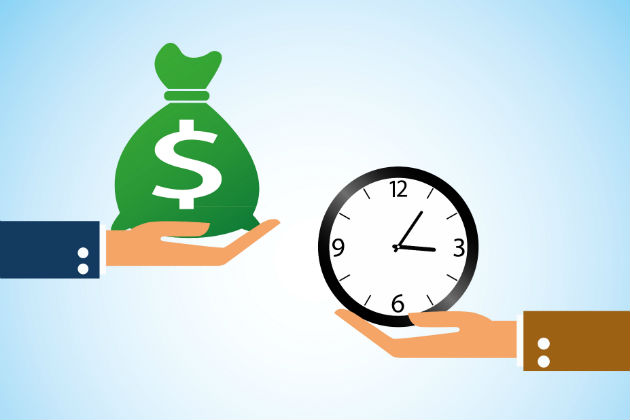 In an era of instant gratification, the concept of on-demand pay couldn’t be timelier.

Payroll technology plays a huge role in this desire for instant satisfaction. The vast majority of American workers can immediately access their wages on payday via direct deposit or payroll cards. They can also retrieve pay stubs, update their payroll data, and make payroll requests at the touch of a button, thanks to employee self-service.

So, getting paid on demand seems like a natural fit.

What is on-demand pay?

On-demand pay enables employees to receive their earned wages as soon as the same day they perform the work or the day after — instead of having to wait until their next regular payday.

How does on-demand pay work?

Access to on-demand pay is delivered through a downloadable app.

If an employer processes payroll in-house, it can purchase the app directly from the technology vendor. In this scenario, the app is integrated with the employer’s in-house payroll system.

Generally, the app is synchronized with the employer’s payroll and timekeeping systems to facilitate tracking of accrued labor.

In most cases, employees can get instant payments to their bank account, payroll card, or prepaid card. When the regular payday rolls around, employees do not receive any wages already obtained via on-demand pay. However, they still get a pay stub showing their hours worked, wages, and deductions.

The main rationale behind on-demand pay is that it helps alleviate the financial anxiety that comes with living from paycheck to paycheck. As a result, on-demand pay is typically geared towards low-income employees or those with no (or minimal) savings — which happens to be a significant number of people.

In a survey by CareerBuilder, 78% of American workers say they’re living from paycheck to paycheck, and 3 in 4 workers report being in debt. Moreover, an article published by SHRM states that “4 in 10 Americans can’t cover an unexpected expense of $400.”

How does on-demand pay benefit employers?

Studies show that most millennials and Gen Xers prefer to work for employers who care about their financial health. Offering on-demand pay can be a viable tool for recruiting these (and other) generational cohorts.

On-demand pay can also boost retention among existing employees who enjoy being able to access earned wages whenever they want. Further, employers who offer paycheck advances may see a drop in such requests, as more employees opt for on-demand pay.

What is the growth outlook?

In the aforementioned SHRM article, Ron Hanscome, an analyst for Gartner, Inc. refers to on-demand pay as a “growing phenomenon.”

According to Gartner’s research, on-demand pay is projected to grow swiftly. Currently, fewer than 5% of large employers with hourly workers offer on-demand pay. However, the adoption rate is expected to reach 20% by 2023.

Are there any drawbacks?

Though a convincing argument can be made for on-demand pay, there are potential barriers to consider.

First, the employer has to deal with the administrative burden that comes with managing the expedited-pay program.

Second, there’s the issue of cost. Vendors often charge employers a fee for using the app, or employees a per-withdrawal fee. Some employers cover the cost of using the app and give employees up to a certain number of free withdrawals per year. Depending on the vendor and service, additional costs may apply.

Third, employers must monitor the effects of the program on employee attraction, retention, and work behaviors. They should also be careful of the employment relationship seeming like a contractor agreement, where the person gets paid right after doing the work.

Fourth, employees who frequently receive wages on demand risk becoming even more financially unstable, as this pay method tends to encourage more spending and less saving. As suggested in an article published by Business News Daily, waiting for the regular payday can force employees to save.