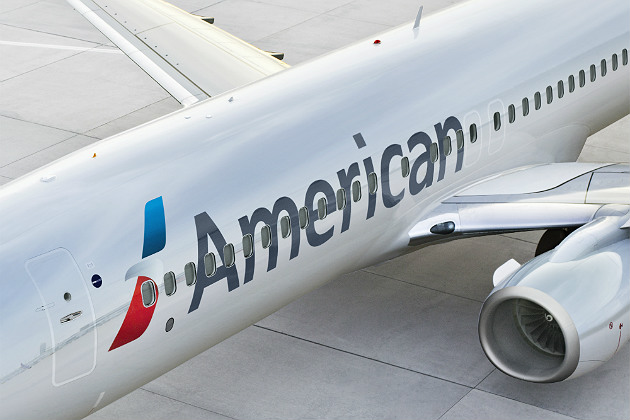 A computer glitch at Washington, D.C., airports caused 40 percent of American Airlines' flights to be canceled or delayed.

On Aug. 15, hundreds of flights in and around the Washington, D.C., area were either delayed or canceled altogether due to a computer glitch in a Leesburg, Virginia, traffic control center. Thousands of flights were affected, making for a miserable experience for innumerable airline passengers.

The disruption that diverted hundreds of flights along the East Coast has been resolved, but the cause of the problem still remains somewhat of a mystery — with some blaming a software upgrade and calling for changes regarding who gets to regulate said procedures.

According to the Federal Aviation Administration, it was an automatic routing system malfunction that led to the delay of close to 500 flights, along with the cancellation of approximately 476 over the weekend.

According to the Washington Post, "The FAA reduced arrival and departure rates from 11 a.m. to 4 p.m. for safety reasons, [causing traffic to fall to] 70 percent of the average at BWI, 72 percent at National, and 88 percent at Dulles." Ultimately, the system was restored later that day, but the damage had been done leaving stranded passengers at Reagan National, Baltimore-Washington International Marshall and Dulles International airports.

Approximately 40 percent of American Airlines' flights were canceled or delayed as a result of the glitch, according to an AA spokesperson.

As Kimberly Gibbs from the Metropolitan Washington Airports Authority explained, "FAA instituted a low-altitude flight plan for flights under 10,000 feet so we had significant delays and/or cancellations at Reagan International and Dulles International airports. … As the afternoon progressed, their system was able to come back online and airlines worked with FAA to recoup those delays and cancelled flights."

According to federal authorities, the software glitch in the Virginia control center doesn't appear to be an incidence of hacking. If that's the case, then what was it? And are passengers still at risk?

The problem is suspected to be connected to a software upgrade to the control center's satellite-based airplane navigation system called the En Route Automation Modernization (ERAM) system. However, it was determined later that there was "no indication that the problem is related to any inherent problems with the En Route Automation Modernization system."

During a news conference, the FAA reassured that ERAM was most likely not the culprit and that the expensive system has had a "greater than 99.99 availability rate since it was completed nationwide earlier this year." The software program was contracted in 1990 to replace the agency's antiquated Host system. Currently, it has been adopted by all 20 ATC centers in the U.S.

Nonetheless, critics of the FAA's handling of the ERAM upgrade have taken the opportunity to voice their disapproval. Aviation experts such as Joshua Schank, president and chief executive of the Eno Center for Transportation, a nonprofit think tank in Washington, D.C., continues to argue that the FAA should not be allowed to oversee air-traffic control while, at the same time, it sets air-travel safety regulations.

If a software upgrade was indeed the cause of the outage — and it seems to have been — it will be one more thing passengers have to worry about when it comes to the flying experience.

While speaking at a news conference, LOT Chief Executive Sebastian Mikosz noted, "This is an industry problem on a much wider scale, and for sure we have to give it more attention. … I expect it can happen to anyone, anytime." This is especially true considering airlines often have similar software systems.

The culprit for June's disruption was most likely a Distributed Denial of Service attack. A simple process that involves a hacker inundating an organization's system with communication requests until the server is overloaded. Once this happens, the system is incapable of carrying out normal functions.

The June cyberattack helped highlight the vulnerability of passenger jets, said Ruben Santamarta, a researcher on airline cybersecurity. The aircraft are especially open to attack when they are preparing to fly on the tarmac.

Unfortunately, this vulnerability — according to some experts — is all but being ignored by airline and safety officials.

In an attempt to raise awareness of such vulnerabilities, security researcher Chris Roberts was kicked off a plane in New York by the FBI after being accused of using his underseat entertainment device to hack into flight controls. Roberts, along with other security researchers, fears the aviation industry has not kept pace with the quickly evolving threat posed by hackers as planes are becoming more computer-controlled.

Whether the problems stem from outside cyberattacks or in-house software problems with ERAM, the aviation industry has to be prepared to evolve. At the moment, it appears the threats to the industry have grown and become more elaborate. Meanwhile, the industry has failed to keep up.

Airlines must stay abreast of any and all issues, and passenger safety may be on the line.