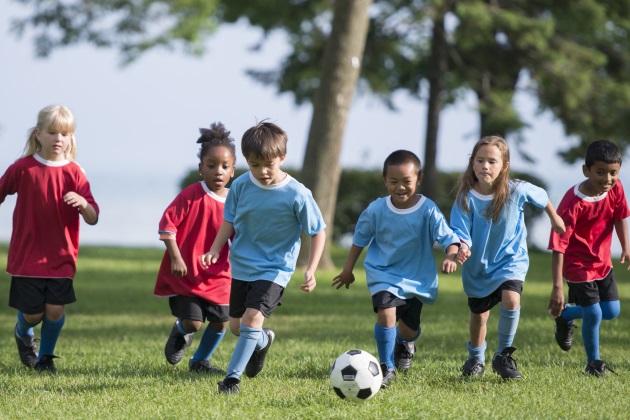 Childhood sports have been an American rite of passage for as long as many can remember, so it may come as a surprise to most people to hear that youth sports participation has been declining since 2014. According to the Sports & Fitness Industry Association, inactivity among children reached 20 percent in 2014, and grew to 37.1 percent in 2015.

In a culture that is widely known to have an obesity issue, especially among children, these statistics can be worrisome. Although there have been wide efforts to decrease the rate of obesity of America’s children, the numbers are continuing to rise, reaching 33 percent in the overweight category and 17 percent falling under obese.

With these numbers, why are parents allowing their children to stop playing sports, when exercise is one of the most widely recognized methods to keep kids healthy and active? There are several different reasons for this.

Children are beginning to specialize at a younger age, causing them to put all their time and effort into one particular sport. Although this can increase competitiveness and focus, it also leads to injury from overuse and intensity.

Baseball is being hit particularly hard by this epidemic. Many pitchers overuse their throwing arm from ages as young as elementary school, causing orthopedic surgeons to see an alarming number of kids in need of elbow and shoulder surgery. These injuries are sometimes so severe that they are ending kids' careers before they are out of high school.

Overuse is caused by high repetition and large numbers of practices and games, which can lead to burnout. Because kids are introduced to sports at such a young age, and encouraged to pick one activity to specialize in, they are getting burnt out on the sport at younger ages as well.

We are putting children in highly intense environments at ages as young as elementary school, causing them to feel pressure and become unhappy, saying the sport is no longer fun and they want to quit. A study from the American Survey of Sports Medicine found that 88 percent of kids who went on to be college athletes actually played more than one sport when they were kids.

While this isn’t the case for some kids who truly love a sport, and want to live it and breathe it, most kids will not play at the professional or college level. Putting them in these intense environments leads them to give up participating in sports, and causes the trend of rising inactivity to continue to rise.

The 2014-15 High School Athletics Participation Survey puts this into perspective, showing that of the 429,504 women who played basketball at the high school level that year, only 3.9 percent were able to play in the top three divisions ofd the NCAA. For men, only 3.5 percent of the 541,479 who played basketball in high school in 2014-15 were able to play in the highest college levels. These numbers are even smaller when you start to get to the professional level.

When asking parents why their kids aren’t involved in sports, money is cited as one of the major reasons. Involvement in sports falls as income levels decrease. Among parents who have children that participate in sports, 67 percent on average said that they spent $100 or more on their kids.

These numbers can reach $1,000 to $2,000 for kids who choose to participate in "club" or "select" organizations within the sport, which have become very popular among young children. This can be a pretty expensive and time-intensive commitment for parents, especially if they are unsure if their child will receive college scholarships.

Youth sports are a great way to keep kids active and healthy, but if we continue to push kids to levels we are, the numbers of inactivity and obesity will never bounce back. Encouraging children to play as many sports as they want and have fun while doing so will help keep them happy and active.