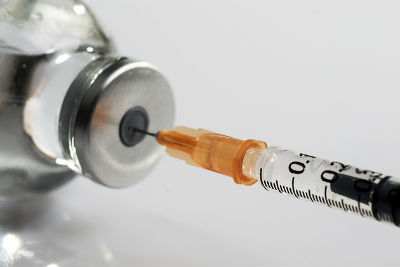 Anticoagulants have been traditionally used to treat venous thromboembolism (VTE), which is a major healthcare problem. For 25 percent of patients with pulmonary embolism, sudden death has been reported to be the initial clinical presentation. If death doesn't happen originally, the patients are treated with different anticoagulants in the emergency department.

There is always the risk of bleeding due to too high of a dose of anticoagulants. At the same time, too little of them could lead to a recurrent thrombotic event. Therefore, the management of anticoagulants become critical in these patients requiring frequent monitoring. Furthermore, many other side effects have been reported for anticoagulants, including osteoporosis, heparin-induced thrombocytopenia and renal impairment.

Sometimes, there is a need in cancer patients to have a central venous catheter (CVC), which could in turn increase the chance of thrombosis. To address this issue, the CVC needs to be removed, leading to a delayed treatment along with the morbidity and mortality that could be caused by thrombosis.

Therefore, the potential for the use of parenteral anticoagulants is being studied in ambulatory cancer patients undergoing chemotherapy, radiation or hormonal therapies that otherwise lack the prophylactic or therapeutic indication for the use of these category of drugs. The results have shown a beneficial effect on mortality at the time points of 12 and 24 months, which was associated with a reduced chance of venous thromboembolism.

However, there was a small increase in the chance of minor bleeding in these patients. Further large-scale multicenter studies will be needed to study different cancer types and different anticoagulants in assessing how they affect the patients' quality of life. No difference was reported for prophylactic anticoagulant therapy with low molecular weight heparin (LMWH) and unfractionated heparin (UFH) in terms of mortality, thromboembolic outcomes and bleeding.

The expanded use for anticoagulants along with the current issues in dealing with the ones in use has led to a quest for further research in the hope to find anticoagulants that are safer, more efficient, prescribable with a fixed dose, easier to be administrated, easy to reverse, less prone to food and drug interaction, and cost efficient without a monitoring requirement.

Of course, like any new advances, there are some disadvantages for these newly developed agents. First, there is a limited number of studies for each with limited population and design that need to be expanded further. Additional multicenter trials will be needed for verifying the long-term safety and efficacy in different disease condition and different population.

Many of these new agents also lack an antidote in case of emergency. Furthermore, in terms of protein structures, we need to confirm the lack of immunogenic reaction, which requires a large-scale study.

Finally, the applicability of a fixed dose needs to be verified in different populations throughout the world in large-scale multicenter studies.