Not quite healthy, but all is not lost for the housing industry 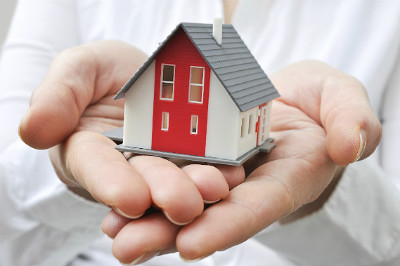 The late 2000s signified dark times for the housing market. But in the last two years, the industry has been on a definite mend, with 2014 being touted as the year that will see reversal of fortune for many.

Leading experts from the industry have been quite hopeful about rising figures and the recovery of the market. But a recent survey conducted by the MacArthur Foundation paints a different picture of consumer confidence. According to the survey, most Americans (51 percent) don't feel that the housing and mortgage crisis is really over. In fact, an additional 19 percent of Americans think things will get worse before they recover.

There seems to be a real dichotomy here, with the experts hopeful and everyday people not so much. Perhaps the harsh times and the sacrifices they had to make have made them wary and cautious about being too jubilant, too quickly.

The survey also showed that nearly 52 percent of Americans had to make major sacrifices to meet their mortgage payments or rent in the last three years. These sacrifices included anything from dipping into their retirement fund or their child's college fund to foregoing proper healthcare and at times even proper meals.

These are real pains felt by real people that cannot be denied by expert opinions or hopes. The market may be turning, but for many it is still "seeing is believing" — and that is definitely going to take some time.

But the experts are not all wrong here for they have read the figures and the trends before they commented on the future. With positive news like the foreclosure inventory down by 33 percent compared to last year, the housing market definitely seems to be healing.

According to CoreLogic, January 2014 saw 48,000 completed foreclosures compared to 59,000 in January 2013, which is a 19 percent improvement. Though foreclosures are running more than 125 percent higher than they were before the recession, it seems the market can hope to recover finally.

One of the chief reasons for foreclosures has been the dismal job market and loss of income. Now that the job market is looking up, there should be more cases of middle-class buyers able to obtain a mortgage and also of foreclosure prevention.

Along with the falling inventory, the interest rates have been affordable as well with the Federal Reserve keeping zero interest-rate policy (ZIRP) for the time being. Experts are predicting the first increases to come in 2015, so right now a lower interest rate is still making room for a lower monthly payment.

The other good news comes from agencies like the Federal Housing Administration (FHA), which has announced expanded access to mortgage credit. FHA has also announced the launch of a new program called Homeowners Armed with Knowledge (HAWK), which will offer the borrower savings on FHA-insured loans once he or she completes housing counseling.

Recovery also seems poised to depend on young homeowners (20-34-year-olds), according to the recent report released by Standard & Poor's Ratings Services. The downturn has changed the way people look at owning a house — from an investment to a liability. More people leaned toward renting as a safer option, while the younger generation seemed happy to go back home and put up with their parents.

That trend is now changing with a more secure job market, strengthening economy and active restructuring of the government-sponsored entities Fannie Mae and Freddie Mac. These positive factors are slowly influencing changes in the market and housing volume as well as prices. Future trends definitely point to a healthy boost to home sales across the country.