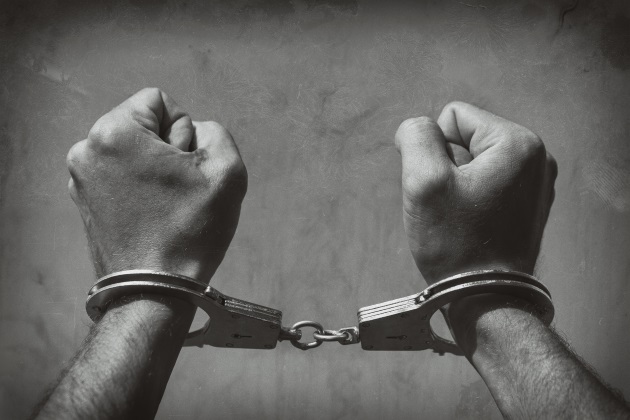 Regardless of where you stand on mass incarceration, the number of Americans locked up — 2.3 million — is large enough that divergent forces are paying attention as a National Prisoner Strike, which began Aug. 21 and will end Sept. 9 unfolds.

Why now? Some inmates would answer, "Because it’s August."

The phrase "Black August" may not have been included in your high school history course, but anyone following U.S. prison reform has heard of it, and more specifically of a man named George Jackson.

In August 1971, serious prison conflicts began in the context of U.S. social protest, civil rights, and black liberation movements. On Aug. 21, 1971, writer and activist George Jackson was killed with five others at California’s San Quentin Prison. Jackson, who was initially incarcerated for armed robbery in 1961, became the prominent author of “Soledad Brother: The Prison Letters of George Jackson” (1970) and a harsh critic of U.S. racism and prison conditions.

On Sept. 9, 1971, in commemoration of those who died along with Jackson in San Quentin, one of the bloodiest prison riots in U.S. history broke out in New York’s Attica Prison — resulting in 40 deaths.

Today, Jackson’s name is on the lips of many U.S. and even Canadian prisoners, as a large-scale prison strike has been launched by 17 states, including California.

This year’s National Prisoner Strike deliberately conjures up references to U.S. prison resistance’s past — from San Quentin to Attica and beyond — and also peacefully strives to avoid more injuries and deaths.

This list of prisoner grievances are widely comprehensible, as mass incarceration functions like a large net that touches the lives of more and more people.

First of all, there’s labor issues that resonate with all workers inside and outside. Pay for jobs inside can be so low as to be tantamount to slavery — minus the official veneer of a paltry paycheck.

The average prisoner pay is 20 cents an hour. According to the 13th Amendment that abolished slavery, the one exception for enslavement is prisoners. For many, this means slavery was never totally abolished.

Cheap formal and informal labor is integral to daily prison operations and the general economy. “In the 2016 fiscal year, sales of prisoner-made products brought the federal government$500 million in revenue, at a labor cost averaging $0.90 an hour. In the past, prisoners have manufactured McDonald’s uniforms, IBM and Dell circuit boards, and KMart jeans, among other products.”

This kind of labor has become controversial enough that Whole Foods was publicly shamed into not using prison labor a few years back.

How does a strike of such a magnitude to include both U.S. and Canadian state-run and private facilities, including in Nevada, get off the ground?

In 2013, 29,000 California prisoners went on strike, followed by Alabama inmates. This southern strike grew into the Free Alabama Movement that coupled with the International Workers of the World (IWW) to coordinate the current actions through a delicate process of creative communication, including social media, all over the country.

You may also have heard about April’s deadly melee in a South Carolina facility. Inmates there have enthusiastically joined today’s strike as they commemorate seven inmate deaths that occurred at Lee Correctional in Bishopville in April.

Today’s follow-up strike, which is receiving widespread media attention so far, aspires to be peaceful. Prison officials in many states have acknowledged that job and hunger striking is occurring.

If U.S. prison strike history is any guide, the peaceful nature of this strike will be largely determined by prison officials — as they comprehend the vast network of prison reformers includes inmates’ families and friends who believe that incarceration in overcrowded facilities should not be a death sentence.

Detained immigrants facing deportation are also getting involved. The strike includes between 60 and 200 immigrants at the Northwest Detention Center in Tacoma, Washington, who are refusing food.

More inmates may join as word spreads that serious retaliation, like the common practice of placing inmates in solitary confinement, is not happening.