Noise: An invisible danger in sports and recreation 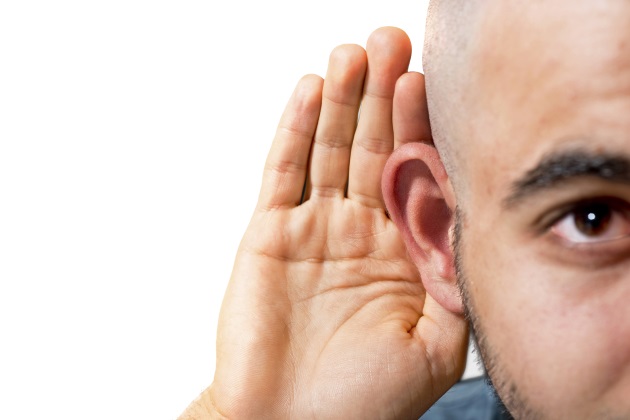 While most people wouldn’t think twice about wearing hearing protection at a noisy workplace, it’s easy to forget that noise can be equally damaging when we’re at play.

As we leap into summer, let’s take a quick look at the sound level of our recreational activities.

Many things we do for leisure can put us at risk for noise-induced hearing loss. Dangerously high noise levels are inherent in sports involving ATVs, motorcycles and snowmobiles.

Interestingly, excessive noise isn’t always just produced by the machinery being used. For example, in motorcycle riding, the sound generated by the wind against the helmet can reach dangerous levels. When traveling between 75 and 80 miles per hour, wind noise is around 105 dB, reports hearing expert Brande Plotnick. This level is sustainable for only around four minutes without affecting hearing.

To know how much noise certain devices and equipment generally produce, there are online resources like this comprehensive decibel chart. With apps that can be downloaded to your smartphone, it’s easy to see the decibel level of your recreational activities.

One single explosive sound can damage the delicate hairlike structures of the cochlea in the inner ear, resulting in permanent hearing loss. This is why hearing protection is a must for anyone who fires guns for sport.

The best type of protection will depend on the type of shooting you do, note Michigan-based hearing professionals in their blog. Options include muff headphones, which keep sound from reaching the cochlea; in-the-ear foam plugs with a Noise Reduction Rating (NRR) of 30 or more; combining the aforementioned for double protection; and, finally, electronic noise-cancelling headphones that allow a conversation to be heard but cancel the transient sounds of gunfire.

Maybe you don’t fire guns or always use protection at the firing range, but what about exposure to firecrackers and fireworks, which can exceed 150 dB?

Who goes to see the Fourth of July fireworks with hearing protection? Well, taking into account these helpful tips for enjoying your Independence Day fireworks without damaging your (or your child’s) hearing — we all should.

As stadiums compete to be the loudest, spectators need to beware

Even when we’re not participating at sport, we need to exercise care with our hearing.

The loudest spectator sport on the chart is stock car races, which sustain levels of 130 decibels near the track and 100 in the stands. While a great part of the excitement of auto racing is hearing the roar of the engines, Indianapolis Motor Speedway President Doug Boles has become an advocate for protecting the hearing of fans. With his own hearing in jeopardy, he urges people in this newscast before this year’s Indy 500 to bring hearing protection or purchase it at the race.

Yet spectators of other less noisy sports also need to exercise caution as the stadiums compete to be the loudest — at times exceeding 130 decibels.

“We’re really up against it with these sports stadiums pushing the crowd to be louder and louder, trying to be the loudest stadium,” confesses audiologist Tracy Winn. “Unfortunately, people like it! There’s truly a physical reaction to dangerous levels of noise, it stimulates vestibular system and people like it.”

In a fun blog listing the loudest events ever recorded on a decibel meter, we learn that Seattle Seahawks fans broke the Guinness Book record for world’s loudest stadium in 2013 when they reached an astounding 137.6 dB. In college sports, Kansas Jayhawks basketball fans generated 130.4 dB of crowd noise and hold the official record for indoor crowd noise.

Winn notes that such decibel levels or those posted on stadium boards to encourage fans are peak levels when everyone’s cheering, so they aren’t sustained very long. But here’s the catch — when you are up over 100 decibels, you can be exposed to it a very short time without causing permanent damage.

So, what’s a dangerous noise level? As Winn suggests, there’s a clear equation for how long the ear can endure loud noises before permanent damage can occur.

Damage is linked to exposure to loud noise over time. There’s a magic number between duration and level — 85 decibels is the limit for eight hours of exposure in each 24-hour period per standards set by National Institute for Occupational Safety and Health (NIOSH). Beyond that level, if you’re an employee, you need hearing protection.

The problem is the decibel scale isn’t linear — for every three-decibel increase, the time you can be exposed without protection is cut in half. For example, as you get up to 88, exposure time is cut to four hours. At 91 decibels you are only good for two hours.

Checking this noise dose chart, you can see that the maximum exposure time for the 130 to 140 dB level, like that reached at the record-making stadiums, is less than one second per 24-hour period. What’s more, for children, the World Health Organization (WHO) recommends no exposure above 120 dB. You can bet there were a few children attending those events.

“We know that excessive noise exposure over time will cause hearing loss, yet since there is a genetic component there’s no standard rate at which noise-induced hearing loss develops,” explains Audiologist Jennifer Phelan. “Additionally, the effects are cumulative.”

Protect your hearing from permanent damage

It’s never too late to begin to protect your hearing, assures Phelan. Saving your hearing boils down to three basic actions: use protection, distance yourself from the sound and reduce the sound level.

Phelan believes that not enough is being done to encourage adults to wear hearing protection. As you can imagine, there are many products available — some geared towards work environments while others are clearly targeting young concert- and party-goers.

If you’re at home and can turn down the sound on whatever device you’re using for entertainment, great. But if you’re going out to be entertained, best carry hearing protection with you — and use it.