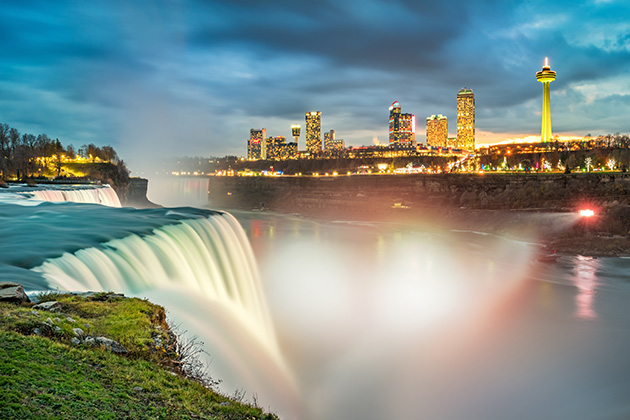 After years of debate, a casino is coming to Toronto. Great Canadian Gaming Corp. and Brookfield Business Partners recently announced a partnership to upgrade the OLG Slots at Woodbine to a full casino and entertainment/hotel complex.

With plans for a "city within a city" set to run on a 22-year lease, the development is causing concern among some who worry that it could steal some of Niagara Falls' thunder. However, Niagara Falls' tourism initiatives shouldn't be counted out just yet — they have a few new offerings on the horizon.

The Toronto Star reported that the Woodbine Entertainment Group, the operator of the current OLG Slots at Woodbine, already has a master plan for the 684-acre site, including room for office space, retail, cultural events and even residential buildings. While the current facility is home to slot machines and a race track, there are plans to expand to a full casino and boost horse racing to feature 2,000 horses.

The location may not be in the downtown core, but developers are hoping its proximity to Pearson International Airport will attract tourists with lengthy layovers or those looking to make a stop along the way. Of course, local residents can visit any time.

Until now, Niagara Falls has held somewhat of a monopoly for large-scale casinos in the southern Ontario area, so word of Woodbine's expansion has some officials calling the announcement "tough news." The Niagara Falls Review reported that Niagara Falls Tourism chairman Wayne Thomson said the development was "only a matter of time," but notes that Niagara Falls will continue to be known for its wineries, attractions and the Falls themselves.

As it stands, the Canadian dollar recently surged to 80 cents USD. Niagara Falls has experienced a boom in visitors over the past 3-4 years, as the exchange rate has provided Americans with a discounted trip. On Canada Day (July 1) alone, over 80,000 were present to celebrate Canada's 150th birthday. Guests will continue to roll in, especially with the following attractions:

A nighttime experience behind the falls

The Niagara Falls Review says "guests can traverse the network of tunnels behind the Falls to view the illuminated cataract up close, and watch the fireworks show from the base of the Horseshoe Falls."

Remember in "Home Alone 2" when Kevin McCallister ordered three scoops of ice cream (instead of two) from room service? The Falls Avenue Resort's latest vendor might have some tourists leaving room service behind.

Sweet Jesus, an ice cream shop that originated in Toronto and is rapidly expanding, offers guests a chance to cool down after a day of exploring with its variety of over-the-top soft-serve options.

Choices include a Birthday Cake flavour featuring cream cheese icing and birthday cake bits, and Rocky Road Rage made with marshmallows, chocolate sauce, walnuts and Oreo cookie crumble, to name a few. For those looking to get in on the ice cream Instagram trend, Sweet Jesus is the perfect option for users looking to rack up the likes.

The most recent announcement of what's to come will have guests living out their "Mario Kart" dreams on the Niagara Speedway go-karting racetrack. The spiraling track is 12 metres high, with a ramp like a roller coaster for speedsters.

Located along the Clifton Hill entertainment strip, the speedway is currently undergoing safety tests before next spring's opening.

In 2019, a new $130 million theatre located next to the Hilton Hotel and connected with the Fallsview Casino will open. Details are still being worked out, although construction of the facility will lead to the creation of more than 800 jobs.

The casino is currently home to the 1,500-seat Avalon Ballroom, so the new nearby theatre will allow for expanded entertainment events. The theatre will be visible along the Niagara Falls strip and animate the street, providing a "wow factor" for passersby.

The Canadian side of Niagara Falls isn't the only side worth visiting. This past spring, Destination Niagara USA launched a new tourism brand, "Niagara Falls, USA," promoting the experiences to be had via natural wonders, epicurean and education attractions. Identifying millennials as a rising demographic, the brand hopes to build on a sense of adventure and discovery surrounding the area's history.

In addition, free Wi-Fi could be coming to Niagara Falls. ABC 7 in Buffalo reported that the Niagara Global Tourism Institute has asked the city of Niagara Falls for $50,000 to create three blocks of public Wi-Fi to help tourists avoid roaming charges that occasionally occur close to the Canadian border. Cybersecurity safeguards are currently taking place, and the network could be functional as soon as this fall.

Circling back to the announcement of a Toronto casino, one can see that the offerings between the two cities aren't quite the same. Niagara Falls will still appeal to cross-border travelers, as well as those looking to get out of the city. Neither town is self-reliant on the offering of a casino, and both offer different sights and attractions for guests.

As the Toronto casino is built and begins to operate, it will be up to operators to find a way of differentiating their offerings from competitors. In time, a Toronto casino and its surrounding properties will take on a life of their own, much like Niagara Falls.