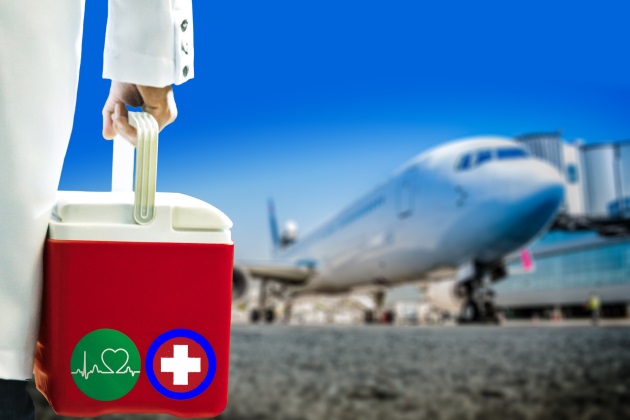 University of Pittsburgh and Houston Methodist Hospital researchers have discovered an immune pathway that could cause rejection of transplanted organs. The study, published in the journal Science, says contrary to previous data, the body's "innate" immune system may impact organ transplants over the long term.

“The rate of acute rejection within one year after a transplant has decreased significantly, but many people who get an organ transplant are likely to need a second one in their lifetime due to chronic rejection,” said Dr. Fadi Lakkis, the study’s senior author and scientific director of the University of Pittsburgh's Thomas E. Starzl Transplantation Institute. His comments were made in the Pittsburgh Post-Gazette.

Lakkis said organ transplantation physicians have long sought a specific method to prevent organ rejection, especially over the long term. The study's "finding moves us one step closer to that goal,” he said. In short, the research suggests medication could be used keep the primitive immune system from "remembering" a transplanted organ.

There are two parts of the immune system. The innate system identifies foreign agents first, prompting the adaptive immune system to take action via T-cells and B-cells. The adaptive branch remembers invaders. That's why vaccines work and why organ transplant patients receive medicines to prevent the body from attacking the new organ.

In the study, researchers used molecular and genetic analyses to show that PIR-A was required for recognition and memory feature of the innate immune cells in the host animals. When PIR-A was either synthetically blocked or genetically removed from the host, the memory response went away. This allowed transplanted organs to live for a longer period of time.

"Innate immune cells, such as monocytes and macrophages, have never been thought to have memory. We found that their capacity to remember foreign tissues is as specific as adaptive immune cells, such as T-cells, which is incredible,” said Dr. Martin Oberbarnscheidt, a University of Pittsburgh assistant professor of surgery and one of the study’s co-authors.

That makes the results of this study very promising, Lakkis said.

“Knowing exactly how the innate immune system plays a role opens the door to developing very specific drugs, which allows us to move away from broadly immuno-suppressive drugs that have significant side effects,” Lakkis said.

The study may have identified a potentially new rejection pathway, but it involved kidney and heart allografts in mice instead of humans. Therefore, additional research will be required to establish a successful method of preventing long-term organ rejection.

Even so, the findings have potential implications beyond usage in transplantation cases, said Oberbarnscheidt.

“A broad range of diseases, including cancer and autoimmune conditions, could benefit from this insight. It changes the way we think about the innate immune system,” he said.