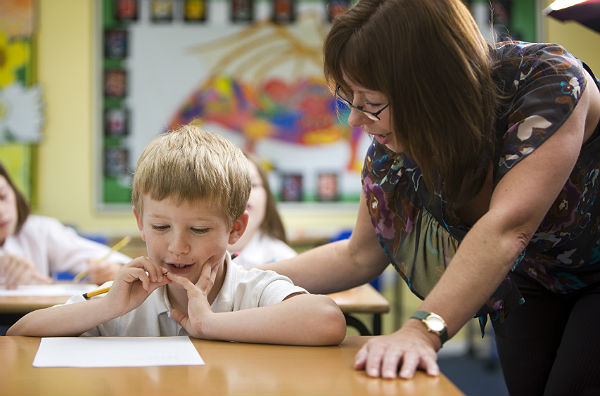 A recent report released by the New York City Education Department said that close to 40 percent of New York City students may not be receiving the special education services for which they have been recommended. A lack of reliable data has compounded the problem further and now, even with the report at hand, officials are not sure exactly what percentage of students are being deprived of what they so sorely need.

The little of what has been inferred shows that 5 percent, or nearly 9,000 students, are not receiving any services at all. 35 percent (more than 60,000 students) are receiving the bare minimum services. It also states that placement of students of color into K-12 special-ed programs has been disproportionate.

A new City Council law that required annual reports on special education services led to the release of this data. The first-of-its kind report highlights the twin obstacles for the NYC Department of Education — the flawed data system and how many students with special needs are missing out on the proper education.

Ironically enough, the flaw also means the report itself is quite unreliable, too. These are major deficiencies to worry about even with the DOE stressing unreliability and chances of exaggerated figures. This flaw in the system for disability services will have a major ripple effect — including the millions of dollars in Medicaid reimbursements these students have been missing out on.

Along with absence of services, there seems to have been gross misrepresentation of the individualized education plans as well. The report shows Hispanics and some other groups of students overrepresented while Asian students significantly underrepresented. 30 percent of student families who petitioned for initial evaluations did not receive their due evaluations either.

Naturally, the DOE expresses regret and mentions that fixing the system is their top priority. Multiple agencies are at work to resolve the grave matter, including the Department of Information Technology and the Office of Management and Budget. They are also working on setting a budget, in the ballpark of $7.5 million to hire more school psychologists and social workers to deal with this huge backlog.

And this is just New York we are talking about. Similar numbers across the country are likely staggering, though no such national report has surfaced to date. Elsewhere in the country, however, we see renewed efforts to get special education back on track.

Parents and supporters of Decoding Dyslexia Missouri are talking to the Missouri Legislature to educate people on the plight of dyslexic students, their needs and how they can be helped. This will mean better budget and infrastructure for students, and better training for educators as well. Schools in Minnesota are set to hire staff for their new special education cooperative.

Meanwhile, New York City schools are looking at leadership changes, especially in special education. Hopefully, these efforts will work out positively for the children who need this specialized education.