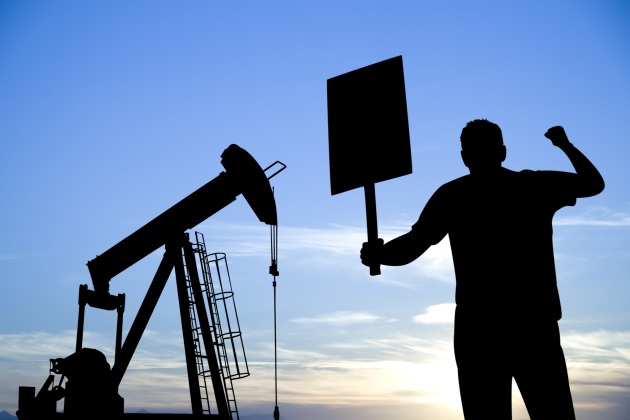 Pipelines have become one of the biggest issues in U.S. environmental politics since the 2016 Standing Rock protests against Energy Transfer’s Dakota Access Pipeline (DAPL). The main issues opponents raise are groundwater contamination and spills.

After operating for two years, the DAPL has spilled 6,100 gallons of Bakken crude oil. Ongoing concerns about DAPL spills have authorities anticipating more protests in the heartland, as #NODAPL remains a strong voice for clean energy and water.

These concerns can also be found across the country, as pipeline opponents in the Northeast recently defeated a 37-mile, $1 billion natural gas project, the Williams Companies’ proposed Northeast Supply Enhancement (NESE) Pipeline. Intended to connect natural gas fields from Pennsylvania through New Jersey to New York, the pipeline application has been rejected on a technicality, citing potential copper and mercury contamination in water.

Apparently, NESE opponents, including the Sane Energy Project, decided they would rather enhance their energy supplies with renewables, instead of the volatile project that would have increased the natural gas supply by 14%.

In April, Trump initiated two executive orders regarding pipelines. One order states that presidents, not the State Department, must approve pipeline infrastructure that crosses an international border. The other order uses a section of the Clean Water Act to limit state reviewers’ abilities to halt pipeline projects.

These orders impact the proposed 1,200-mile Keystone XL pipeline, which continues to haunt the heartland’s infrastructure as recent Midwest flooding presents further fodder for pipeline opponents. Inside Climate News reports that climate change-related impacts, like erosion and flooding, can cause hazardous spills, as the pipeline will not be buried far enough underground to withstand climate events.

As the list of negative environmental impacts grows, it’s important to consider how renewables can be substitutes for pipelines.

New York’s Sane Energy Project is ahead of the game, proposing offshore wind: "In January 2017, Governor Andrew Cuomo committed to developing 2400 megawatts of offshore wind power by 2030. In January of 2018, he made a second step and agreed to procure the first 800MW."

It’s more difficult than ever to dismiss alternative energy projects, and New York reinforces its strong environmental leadership position with the recent defeat of the NESE project and ongoing support for wind power.