New trends in the Canadian private fleet during 2015 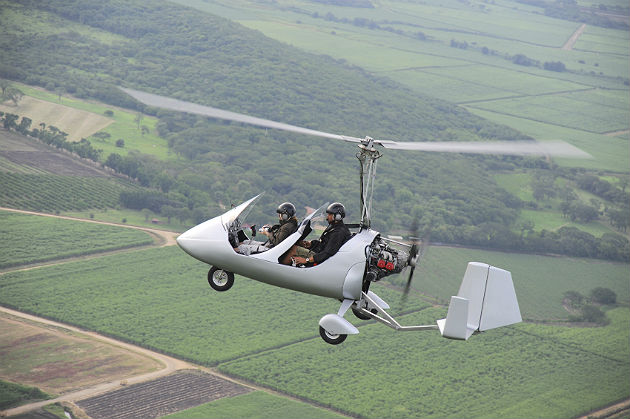 The Canadian private civil aircraft fleet continued to grow in 2015, but at an extremely slow rate — the lowest by far since the turn of the millennium and far worse than at any time during the recession of 2008-10. In 2008, the fleet grew at a peak rate of 3.2 percent, but by 2015 it was down to just 0.25 percent.

The numbers continue to indicate that structural changes are occurring in the aircraft purchase market in Canada, probably as a result of the ongoing poor state of the Canadian economy, the falling dollar relative to the U.S. and demographic factors involving an aging pilot population getting out of flying.

The U.S. economy improved over 2015, and its dollar gained strongly against the Canadian dollar. With the Canadian dollar ending the year about 71 cents U.S., Canadian aircraft asking prices in U.S. dollars seem to have dropped enough to result in a net flow of used certified aircraft out of Canada.

As I have noted in years past, even though the Canadian civil fleet has grown in size each year, the number of hours flown probably isn't increasing and may in fact be decreasing.

In 2015, the total Canadian civil fleet increased in size by just 66 aircraft, down from an increase of 296 in 2014. In 2015, the private segment of the fleet once again accounted for almost all the growth seen, increasing by 74, while the commercial aircraft fleet shrank by 16 aircraft. The state fleet (those aircraft owned by the various levels of government in Canada) grew by eight aircraft. Overall, the civil fleet was stagnant in 2015.

Certified aircraft have been leading the growth in private aircraft for a number of years, but lost that lead to basic ultralights in 2014, probably because as the U.S. dollar climbed, it made importing aircraft into Canada more expensive. The numbers sharply reversed in 2015 as certified aircraft left the country, dropping by 103.

In 2014, the changes to the certified fleet were made up of a reduction of 108 airplanes, three gliders and five balloons, but an increase of 13 helicopters. There were 16,293 private certified aircraft at the end of 2015, out of a total of 29,236 private aircraft registered or 56 percent.

BULAs were by far the quickest-growing area of private aviation again in 2015. During the year, the category increased by 101 aircraft. There were 6,016 BULAs registered at the end of 2015.

The enduring attraction of this category is undoubtedly its relatively low cost.

Amateur-builts were in the number two growth position again in 2015, increasing by 44 aircraft, although down from an increase of 67 in 2014. In 2015, the aircraft added were made up of 44 airplanes, three balloons and one helicopter, while the number of gliders decreased by two, with airships and gyroplanes reducing by one each.

Amateur-builts now number 4,180 in Canada and include a wide variety of aircraft, from fixed-wing airplanes, helicopters, gliders, gyroplanes to balloons, airships and even one ornithopter.

This category has continued to suffer from low numbers of aircraft being moved from the certified category ever since the American FAA announced that O-M aircraft will never be allowed to fly in U.S. airspace or sold in the USA.

Advanced ultralights were in fourth place for growth in 2015, increasing their numbers by only 20 airplanes, up from 17 in 2014. Their growth brought the total number of AULAs on the civil register to 1,230. By the category definition, all AULAs are powered, fixed-wing aircraft.

The AULA category was introduced in 1991, and therefore 2015 was its 24th year. The category has increased its numbers at an average of 51 aircraft per year since its inception, so it can hardly be considered the success that was anticipated when it was started.

As in the past five years, the number of AULAs added in 2015 was well below the average from the category's earlier years. The low sales figures are mostly likely linked to the high price of new AULAs and their American counterparts, light-sport aircraft.

In 2014, the commercial aircraft fleet decreased by 16 aircraft to bring it down to 6,948. The numbers show a decrease of three airplanes and 14 helicopters, with an increase of one balloon.

In round numbers, at the end of 2015 the private fleet made up 81 percent of the aircraft in Canada, with the commercial fleet at 19 perecnt and the state fleet at under 1 percent, all basically unchanged from 2014. As commercial aviation fails to grow, or even shrinks over time, private aviation is continuing to make up a greater proportion of the fleet.

Aircraft imports into Canada in 2015 numbered 506, which was down from 619 in 2014 and well below the 968 imported during the prerecession days of 2008. In 2015, 879 aircraft were exported, giving a difference of 373 favouring exported aircraft over those imported.

World oil prices dropped below US$40 per barrel in 2015 taking the Canadian dollar down, as the world markets were still temporarily oversupplied with oil. Oddly, while automotive gasoline prices dropped to about 80 cents per litre, avgas generally stayed at double that price or higher.

There remains a real risk in 2016-17 of a sudden increase in oil prices, as demand recovers in the face of the current loss of oil capital investment and the resulting supply shortages. A sudden and prolonged increase in the price of fuel will likely bring a recession with it and greatly reduce demand for aircraft, resulting in dropping prices.