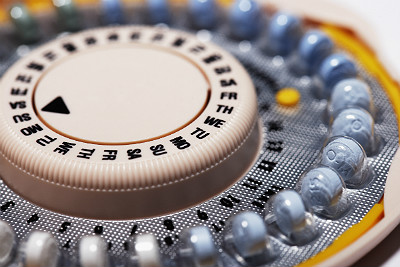 Many contraceptive methods are available in the market. However, they are associated with the risk of side effects and with chances of drug failure. The cost of the contraceptives is also important, but many of the new contraceptives are not affordable for millions of women.

There is an urgent need to develop effective and affordable contraceptives for women with different needs and different age groups. Many women use contraceptive methods with additional noncontraceptive benefits, such as controlling menstrual bleeding. Here is a look at some of the different methods, along with new research being developed.

Combined oral contraceptives (COC) are common drugs used to prevent conception. However, they are associated with side effects and risks of venous thromboembolism (VTE), in which a blood clot breaks loose and travels in the blood.

Transdermal patches are another contraceptive method available in market. These patches consist of a combination of estradiol (EE) and norelgestromin. The patch needs to be changed once a week and is associated with fewer changes in plasma levels. It is as efficient as COC and progestin-only pills. However, the EE serum levels of the patch users were found to be higher than that of the COC and combined vaginal ring users, which is considered a risk factor for VTE.

Two patches that release lower doses of levonorgestrel are ready to be launched in the market. The first type was developed for breastfeeding women as well as the ones with contraindications to contraceptives with EE. Two doses of it were tested, including 75 mg/day (AG1000-12.5) and 40 mg/day (AG1000-6.5).

The second type of patch was known to release EE and LNG (AG200-15). One study showed that this patch was associated with less exposure of EE and LNG as compared to that of the COC.

Also, three low-dose patches, developed by Bayer, are under phase III development. Two studies with 3,300 women are being completed. The effect on hemostasis, carbohydrate and lipid metabolism are being assessed, and a phase II pharmacodynamics study has also been completed.

The "vaginal ring" is another contraceptive method that is currently available in the market. The vaginal ring and transdermal patches are both as effective as COC. In three trials, patch users showed better compliance as compared to COC users. Furthermore, in four trials, it was observed that noncompliance of vaginal ring users was more than COC users.

Currently, P-releasing (10 mg/day) rings are available in the market for breastfeeding women, where it is unlikely to affect their infants. This P-releasing ring might be useful in decreasing the bleeding and prolonging the lactational amenorrhea condition that affects millions of women. Its efficiency is currently being studied.

A vaginal ring with Nestorone (NES) and E2 is also being evaluated in the National Institute of Child Health and Human Development (NICHD). The effect of three doses of NES/E2 on ovulation inhibition and cycle control, as well as its pharmacokinetics need to be evaluated.

Combined injectable contraceptives (CIC) are also effective. CIC is a combination of 25 mg of medroxyprogesterone acetate and 5 mg of estradiol cypionate, a long-acting E ester. It is known as Cyclofem/Cyclofemina in many countries.

An intrauterine system has been developed by Bayer that releases 16 mg of LNG daily. Furthermore, a transdermal spray was developed to deliver the drug to the skin surface, which could then get absorbed into the blood circulation with the help of enhancers.

A Phase II study indicated that maximum NES concentration was observed after 20 hours, and a plateau was reached after 4-5 days of spray. In about 98 percent of the individuals, anovulation was observed.

The adverse effects with this spray only included a potential bruise or pain at the site. However, it is considered as a novel potential delivery system for contraception. Also, a combination including estrogen and NES is at its initial phase of pharmacokinetic studies.

The current methods of contraception should be improved, and new methods need to be developed. Advancing our knowledge in reproduction might solve this issue. The combination of a contraceptive and an antiretroviral agent could be an example of a potentially useful solution in the future for protection towards sexually-transmitted diseases.