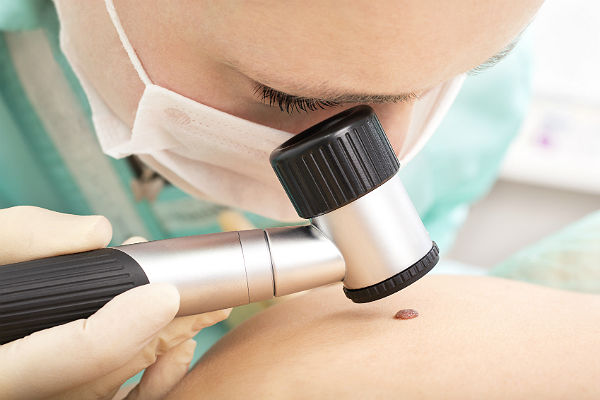 It's commonly thought that people with lots of moles may be at greater risk for developing skin cancer, including melanoma. However, according to a recent study published in JAMA Dermatology, that may not be the case after all.

Researchers found that the number of moles, or nevi, a patient has is not related to the likelihood they will develop melanoma, the deadliest form of skin cancer. Most patients with melanoma had few moles and no abnormal moles.

Alan C. Geller, M.P.H., R.N., of the Harvard T.H. Chan School of Public Health, Boston, and co-authors looked at more than 500 patients with melanoma and found that more than two-thirds of them had zero to 20 moles. More than 70 percent had no atypical moles. The average age of the patients was 57.

Geller said physicians and patients should not rely on the total mole count as a sole reason to perform skin examinations or to determine a patient's at-risk status.

According to the American Cancer Society, melanoma accounts for only 1 percent of skin cancer cases, but results in a large majority of skin cancer deaths. It is estimated that more than 76,000 new cases of melanoma will be diagnosed in 2016 and more than 10,000 deaths are expected.

Cases of melanoma have been rising for at least 30 years, and the risk of developing the deadly disease increases with age. It's one of the most common cancers in young adults, a fact that has been attributed to the widespread use of indoor tanning beds.

Many of these deaths could be prevented by better patient and physician detection. Doctors recommend using the "ABCD" method to help you remember what to look for when performing self-examinations.

It's also important to know your risk factors. Family history, ultraviolet (UV) light exposure, fair skin and weakened immune systems are just a few. Everyone can reduce their risk of developing skin cancer by always wearing sunscreen (even in the winter or on cloudy days), avoiding the sun in the middle of the day, wearing protective clothing, avoiding tanning beds and remembering to perform self-examinations regularly.