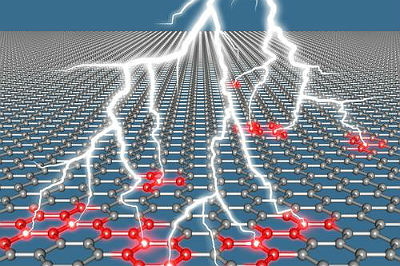 But, at least compared to legacy materials such as titanium, iron, steel and aluminum, these materials are still coming of age. Design and manufacturing engineers are only just now getting to know their latest iterations’ utility and the scope of their potential and promise.

Meanwhile, considerations such as improving materials’ energy efficiency and environmental compatibility are propelling such evolution and the development, recently, of innovative materials.

These go well beyond traditional plastics, plastic replacements and composites to tweaked filaments, metals, nylon, steel, wax, foams, and coatings — especially if the materials are bio-based, and if they help promote and secure the newly envisioned “circular economy.”

Its main constituent, agricultural crop waste, typically includes plant stalks and the husks of rice, wheat or corn. For the foam, producers use mushroom roots, aka mycelium, to bond the waste together.

The foam may soon not just replace Styrofoam (its principal intended replacement use). It may figure in most, if not all, of the items that “petro-foams” enable — automotive trunk liners, dashboards, seats, engine bays, doors, roofs, bumpers, tabletops, even clothing — according to a post comprising some recent breakthroughs from several academic materials science departments in the U.S.

Some bio-inspired “plastics” aren’t really plastics at all. This is the case with Shrilk, developed by researchers at Harvard University’s Wyss Institute for Biologically-Inspired Engineering.

Natural insect cuticle inspired Shrilk, which, like cuticle, has notable qualities of lightness, thinness and strength. The cuticle is found in grasshoppers’ and houseflies’ rigid exoskeletons.

But Shrilk, to be sure, isn’t composed of it. It relies on chitin, commonly extracted from jettisoned shrimp shells, and fibroin protein from silk. Wyss Institute researchers expect that it will be used to make trash bags, diapers and packaging that can be relied upon to degrade swiftly and safely environmentally.

Since it’s strong but biocompatible, Shrilk could also act as a suture for wounds and lesions with relatively high weight-loads, such as hernias. Or, it could act as safe scaffolding in another medical context —reconstructive surgery and tissue generation/regeneration.

This is not to forget the inevitable tweaks and improvements in more familiar types of composite materials, such as carbon fiber, that remain based on conventional polymer resins.

A notable example of this work: a group comprised of industry, academia and national labs, out of Oak Ridge National Laboratory in Oak Ridge, Tennesee (its Carbon Fiber Technology Facility). Researchers there are making carbon fiber cheaper and lighter — especially for aircraft/automotive applications.

The presumption is that new composites can greatly help tomorrow’s vehicles achieve higher energy efficiency and longer range. That push has made so-called lightweighting a huge priority for nearly every mode of mechanical transportation, from bicycles to cars and trucks, to large intermodal vehicles—ships, trains and planes.

Oak Ridge received a $35 million award from the U.S. Department of Energy to continue its carbon fiber innovation at Oak Ridge — including erecting/operating a pilot plant able to produce as much as 25 tons per year of the group’s new-fangled carbon fibrous materials.

Of course, as is well-known, composites are something of development challenge, compared to plastics, thanks to their nonisotropic quality — that is, a random slice or scoop of one in any direction will not be exactly and uniformly composed of all its parts.

This makes them relatively more difficult to model and simulate. Still, composites’ physical qualities — especially their unsurpassed light weight — make them incontrovertibly appealing to design and manufacturing engineers. And they’re not hard to understand — they’re easily “hacked” by designers and applied to circumstances.

Chief among their virtues are high strength and low weight, due to their reliance on the fibers and resin used in their fabrication. A number of other winsome properties are nearly equally important and make them a tantalizing choice for engineers facing specialized applications. These include superior vibrational damping and a low coefficient of thermal expansion (CTE), both of which can, indeed, to some extent, be adjusted for the application under consideration.

Of course, many applications, whether of new “plastics” or composites, are works in progress. Yet proof of concept exists in dozens of cases.

Composites in particular are resistant to fatigue and are flexible enough in terms of their design and fabrication to significantly decrease specific applications’ required number of parts. Very often, that translates into a finished product with fewer joints and fasteners; overall, less raw material; and a more limited assembly time.

Also, especially in industrial and manufacturing settings, composites exhibit superior resistance to temperature extremes and to corrosion and wear.

These traits greatly reduce product lifecycle costs. All of which are highly attractive to manufacturers attempting to respond to the societal vector toward reduction, reuse and recycling — and, of course, to the need for better efficiency and fuel economy. This makes clear that use of “new plastics” and composites will widen.