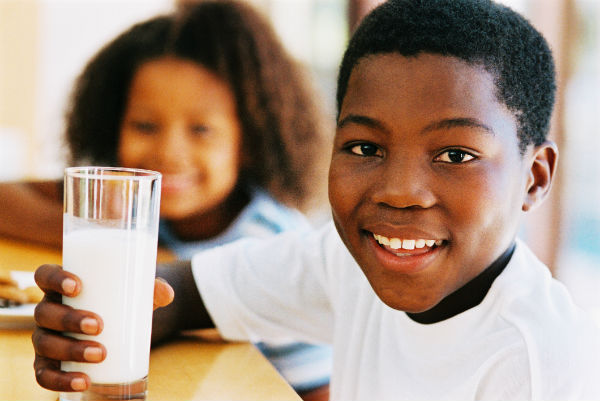 A study released Oct. 30 by a group of Swedish researchers has people panicking — all these years they've been drinking milk, and it turns out it is dangerous and unhealthy, despite numerous studies proving otherwise. Milk, the study says, is damaging to your bones and heart; it can even raise your chances of cancer and cause hip fractures in women.

Got milk? Yes, too much, apparently.

What does this study mean? Should everyone just ditch milk altogether? The British Medical Journal has most certainly set something in action, and it started when they named their study, "Milk intake and risk of mortality and fractures in women and men: Cohort studies."

Yet, ironically, all it took was this one study to make journalists panic and post headlines like this one in Forbes: "Holy cow! Study suggests milk is bad for bones, heart. Has the medical establishment lied to us?" The Los Angeles Times jumped on the bandwagon as well, making sure to state that your lifespan will be shortened if you drink more milk.

The evidence against milk seems pretty damning if you only read what these journalists are reporting. They are sensationalizing a topic and conveniently ignoring one of the most important words in the study title: cohort.

A cohort study is another term for an observational study that draws inferences about the possible effects of a treatment or lifestyle on a group of people. There are no control groups, and the scientists performing the study have essentially no control over their subjects.

Compare that to an experimental study, where researchers assign treatments to a group of subjects — which can be anything from agricultural treatments, such as fertilizer exposure, to medical treatments like medicine and more. The important point is that there is something deliberate that's assigned to the group by the researchers in control of the study. Nothing is left to chance. In an observational study, "the researchers simply 'observe' a group of subjects without actually 'doing' anything to the subjects."

Hypothetically, say you have a group of 100 people who are using a new anti-depressant pill. During the observation, 30 of these people are fine, 35 experience extreme dizziness and nausea, 15 experience headaches and the last 20 feel fatigue. So 30 percent of the candidates were fine, while 70 percent felt side effects, some of them acute.

Therefore, the antidepressants should not pass their trials, right? They hurt more people than they help, if you're talking about physical symptoms.

What you may not know, is that the 35 people who felt extreme dizziness and nausea are smokers, and the nicotine combined with a chemical released by the antidepressant caused those specific symptoms. The 20 people who feel fatigue consume more than three glasses of alcohol a week, and the ethanol mixes poorly with the anti-depressant pills. The last 15 include pregnant women, adults over the age of 65 and men who are considered obese. These are specifics you do not have access to in observational studies.

In an experimental study, this would be approached with much greater care. First, experiments would be done on a specific age group, possibly of a specific sex, with certain eating and exercising habits. Every small detail would be taken into account, creating a reliable, well-researched study.

It is important to consider these things before taking a study to heart — it isn't only damaging an entire industry with unresearched claims, but it's also taking a large staple out of a culture's diet, and that should be researched down to the most infinitesimal detail to make certain you aren't condemning a food that's actually perfectly fine for you — healthy, even.

Since the 1970s, the American diet has sort of roiled along, and roughly every 7-10 years something new is considered to be damaging to the average diet. Butter, for instance, was found to be horrible because it was high in fats, which we've been told leads to heart disease. Heaven only knows how often Americans have heard that line now — don't eat it, it raises your cholesterol and you'll die of heart disease.

It turns out that butter actually doesn't cause heart disease. The Annals of Internal Medicine recently reviewed more than 70 studies and could not find any evidence that saturated fat leads to heart disease.

Let's not also forget eggs, which were supposedly terrible for you because of their high amounts of cholesterol. A few years back, the Mayo Clinic and the American Heart Association changed their mind on eggs — now 1 per day is acceptable, rather than 2 per week. Yet there have been more than a few scientists who have made it quite clear that organic eggs are perfectly safe.

Where does it end? How many more foods will be red-flagged only to find out they weren't as bad as researchers thought? Once a food is defined as harmful, the market for it doesn't come back quite as strongly as it was originally, even after it's declared to be safe and in some cases, beneficial.

Instead of reporting on the dangers concluded from an observational study, why aren't journalists focusing on more evidence-driven studies? Studies that have proven that certain substances are truly harmful. Notice in the milk study, no one ever specified whether they were talking about organic milk or processed milk. What if the milk had recombinant bovine growth hormone in it?

Several countries are already challenging the milk study, which — given how quickly journals have adopted it in its negative light — is a reasonable reaction. It is clear that there need to be more experimental studies completed before any kind of verdict can be reached. After all, this singular observational study contradicts decade's worth of experimental studies.

It may be more beneficial to research the effects of chemicals used in every day products and additives in food, rather than attacking a food source that has been a main staple in humans' diets for thousands of years.