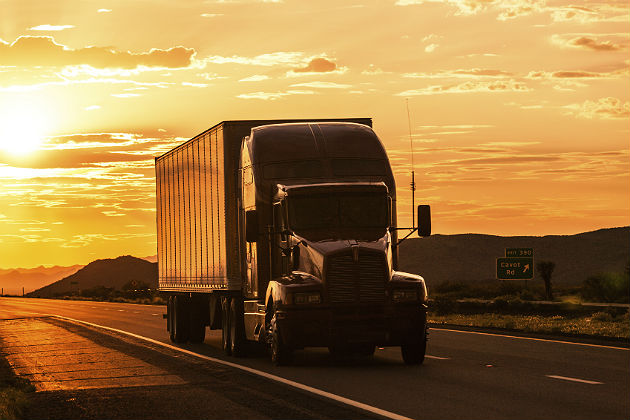 Long-haul trucking has been in the midst of a staffing crisis for some years now, with numbers of available candidates dwindling and driver turnover hovering near a staggering 80 percent across the board.

Faced with this issue, some companies have chosen to pursue the route of innovation, with Google/Waymo hard at work both innovating in the driverless concept as well as sparring in court with rival Uber/Otto. Other truck-driving companies have chosen to stay the course, but find themselves with a particularly troublesome roadblock looming: electronic logging device (ELD) mandates.

It's a poorly kept secret that many truck drivers, burdened by low per-mile rates and sky-high truck leasing costs, choose to drive farther and longer than legally permissible. These drivers would alter or falsify their paper log books to look as if they'd only driven within legal limits, despite logistical impossibility in some cases.

With a new federal law requiring a transition to electronic logging devices by December, these paper logbook drivers are being forced to accept limitations without recourse, regardless of financial need or desire to work. Critics fear that the relatively slim percentage of drivers choosing to "stick it out" and remain in their careers might be forced out of work by the ELD mandates, found in an unenviable position of being "upside down" in their truck lease payments to their requisite companies.

While the 1911-era imagery of labor rights protester Rose Schneiderman's "Bread and Roses" — a rallying cry for both quality of work life as well as fair wages — seems an unlikely fit for a long-haul truck cab, it might be apropos.

A U.S. House bill passed in early July calls for an end to states' rights to require rest and meal breaks for truckers. If it becomes law, the bill might just be the proverbial nail in the coffin for drivers already anxious about the ELD rollout.

For an industry already struggling to retain its current workforce — much less woo fresh blood — this seemingly-unending wave of legislation and oversight could end up stoking the innovative fires for driverless-championing companies like Waymo.

For the logistics industry, every aspect of workflow is affected by changes like these. Raw materials coming into port need to make their way to manufacturing facilities. Finished components and products need to make their way to distributor facilities. Distributor facilities need a fast, easy way to move product to retail warehouses and stores. E-commerce outlets need to ship their products to the end consumer.

While new solutions in "last mile" delivery might help bridge some of that final gap, ultimately the end of 2017 will be a time of industrywide reckoning for driving companies across the nation.

There is no clear-cut solution, but it would benefit driving companies greatly if the implementation of these laws were pushed back by a few years. In a time of economic uncertainty, faced with a huge labor shortage, greater oversight could have a severely dampening effect on the 18-wheelers of commerce as they criss-cross the country.