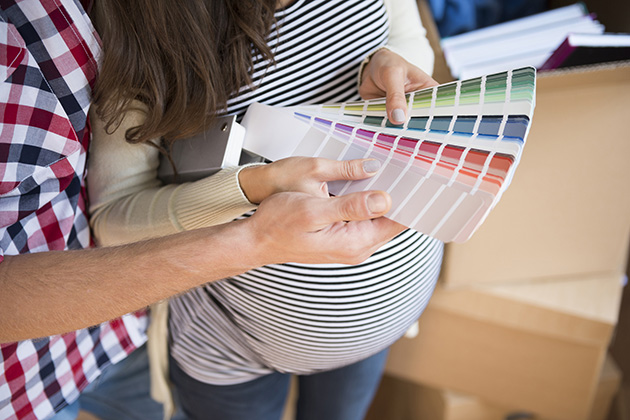 With more and more millennials becoming homebuyers and sellers, we are learning more about what they are looking for in a home and the changes they are making to the homes they buy.

While they do demonstrate some preferences that distinguish them from older homeowners, in other cases their current behavior appears to be more influenced by life stage than by cohort values.

About half of all millennials (those born between 1981 and 1996) are in their 30s. In the decade ahead, more and more of them will be approaching the threshold age at which many are buying homes.

According to a new report from the Joint Center for Housing Studies of Harvard University (JCHS), The Shifting Profile of First-time Buyers, millennial homebuyers helped first-time buying activity rebound in 2017 after several years of decline. That year, the median age of a first-time buyer was 34, and one-fourth of all first-time buyers were between the ages of 25 and 34. Most of them purchased a single-family home.

In the past couple of years, millennial homebuying has been trending upward. Sheryl Palmer, CEO of homebuilder Taylor Morrison, recently told CNBC that 1 out of 3 of its current customers are millennials, up from about 1 out of 5 just five years ago. The average age of millennials entering the home market has dropped from around 34 to 35 initially to around 32 to 33 now. She also stated that about three-quarters of millennials age 30 or older are in the process of buying their second home.

Some millennials homebuyers, especially older and more affluent ones, prefer to purchase a “move-in ready” new home. Most, however, purchase an existing home, sometimes because of lower cost and sometimes to reside in a particular neighborhood.

High on the list of these buyers is remodeling the home to upgrade and make it to their liking. The 2019 U.S. Houzz and Home study found nearly half (46%) of millennial homeowners who recently completed a home renovation did so to customize or personalize the home, and more than half (54%) said they preferred to renovate their current home than buy a more suitable home.

Similarly, this year’s Home Advisor State of Home Spending report shows millennials are twice as likely as other cohorts to renovate in order to improve the aesthetic design of the home.

In addition, they are more likely to complete home projects in order to increase the value of the home. Proportionately, millennials in the study undertook the highest percentage of kitchen remodels (17%) among all cohorts and about the same percentage of bathroom remodels (24%).

A number of studies have found that millennials often undertake DIY projects. However, it is worth noting that, according to analysis by the Home Improvement Research Institute, baby boomers undertake more than twice as many DIY projects as do millennials.

Likewise, while less than 10% of millennials hired a contractor to do all the work on a home project, a higher percentage engaged the services of a professional to assist with some part of a project. The primary reasons why they hire a pro are because they don’t have the time to do the project (19%) and/or they don’t have the knowledge to do so (18%).

For the most part, millennials tend to hire professionals when undertaking large or technical projects, such as kitchen and bath remodels. In the Houzz study, 82% of millennials who had recently undertaken a renovation project had hired one or more professionals, nearly the same percentage as baby boomers (89%).

Nearly three-quarters of millennials taking part in the National Association of Realtors’ 2019 Remodeling Impact Report indicated they prefer to do basic remodeling tasks like painting themselves, but only two-thirds said they would take on a more involved project for a pet, such as putting up a fence or installing a cat or dog door, by themselves.

Given that many millennial homebuyers plan to stay in their current home for 10 years or more, and that more than two-thirds responding to a recent survey said they would be willing put an offer on a home in need of major repairs, it seems remodelers would do well to begin cultivating them as future clients.

As their finances improve, their homes grow in value, and their responsibilities increase, they are likely to become more amenable to hiring professionals in order to realize the home of their dreams.