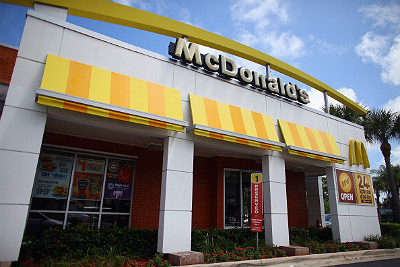 It seems 2016 will be an interesting year for the fast food business. Food and beverage marketing will take on a whole new angle with strategies like innovative labeling and packaging, along with outside-the-box ideas like bundling.

The latter is the latest rage that has taken brands by storm. Leading fast food chains have come up with this new strategy to lure in more customers and retain them. At the same time, they hope to beat rising commodity costs through their new combo bundle offers.

What worked for cable TV in the past may well work for burgers in the future. What's interesting is the top competitors are all it, which means the consumer will not only get interesting offers but also great pricing for them.

Following the immense success of Wendy's "4 for $4 deal" in 2015, we now have a "McPick 2 for $2" deal from McDonald's and a whopping (with all pun intended) "5 for $4" deal from Burger King. The hugely popular Dollar Menu has contributed a large percentage of sales for McDonald's, which now hopes "McPick 2 for $2" can help restore the sales numbers that the "Dollar Menu and More" couldn't do.

The chains are hopeful that this will allow them to raise prices on value menus without being too expensive and scaring off their customers. This will also allow franchisees to heave a sigh of relief with more profits in the horizon.

When Wendy's rolled out their "4 for $4 deal" in an unprecedented move, many were skeptical. But a few months on, the industry realized the potential of these "bundled offers" and how they can positively affect their business in this economy. The deal had a Jr. Bacon Cheeseburger, small fries and a small drink along with chicken nuggets as a bonus — definite value for the money, which consumers realized right away, leading to a steady demand and sales.

Wendy's think tank is working overtime to come up with more offers like these, while McDonald's and Burger King are eager to grab a fair share of the deal-seekers' interests as well. According to these brands, deal-seekers account for about 15 percent of the industry, which means a generous portion of their sales.

Quick to see the advantage, the Burger King deal will have an additional chocolate chip cookie with the bacon cheeseburger, small drink, small French fries and the four-piece chicken nuggets meal. The McPick 2 deal can be the buyers' choice between the small fries, a McDouble, mozzarella sticks and McChicken.

These promotional deals are listed as "for limited time only," though Burger King and Wendy's haven't specified an end date. Only McDonald's has said its deal will run for five weeks. They are all hoping is these deals attract more than their regular customers. While these bundle deals are not profitable in the long run, they are definitely meant to increase the footfalls in near future and drive up overall sales.

It's not just the burger chains that are working in deals to attract more sales either. Joining the deal wars are brands like Pizza Hut and Papa John's as well.

Along with offering an even bigger slash in price for the slice, the Papa John's is all set to offer a new "5 for $4" deal as well. Pizza Hut has just announced a $5 value menu where customers have to order at least two items for a total of $10. Also, a large pizza at a regular price will come with the offer of a second for just 50 cents.

The idea is wean customers off the unprofitable dollar menus that were introduced during the recession, yet drive more sales through the door.