Network around cybercrime on LinkedIn 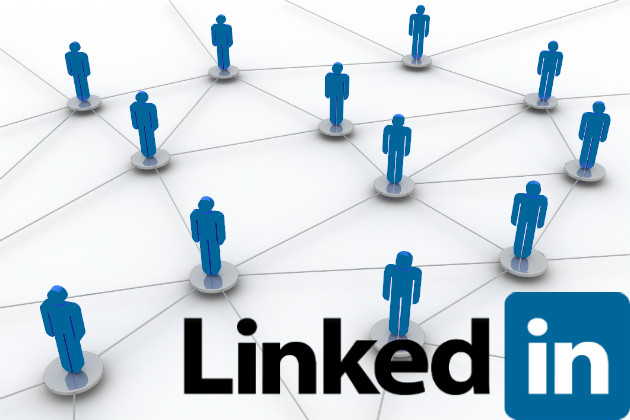 In a few short years, social media has grown from a hobby into a tool. A person's social media presence now has the power to aid or deter a career path. What you voice on social media can affect reputation, or unknowingly, leave you susceptible to cybercriminals.

The most interesting statistic is that recruiters use social media sites to learn information within a resume. According to a study from Jobvite, 74 percent of recruiters want to see the length of your average job, 57 percent look for length an applicant has been with the current employer, and 34 percent are looking for mutual connections.

Job applicants must remember social media offers the opportunity to create a voice to standout to recruiters, though it requires caution.

LinkedIn has grown to be one of the leading social networking sites since its 2003 launch. According to its website, "LinkedIn operates the world's largest professional network on the Internet with more than 433 million members in over 200 countries and territories. Professionals are signing up to join LinkedIn at a rate of more than two new members per second. There are more than 40 million students and recent college graduates on LinkedIn."

On paper, LinkedIn seems like the ideal place for networking, but with caution. This is especially true when connecting with other users. LinkedIn categorizes those in your network as "connections," and it's understandable to want to build as many connections as possible. However, it's more important to build the right connections.

The use of false LinkedIn profiles by hackers is now on the rise. Why? To gather data and gain access to personal computers. Through these connections, criminals can lure users into sharing personal details, direct them to malware sites and with a simple email address, launch spear-phishing campaigns to steal more information.

Of course, Facebook and other sites also have fake profiles, but LinkedIn has grown to be a favorite for hackers with the influx of information on display. As a networking site, new connections are expected and welcomed through LinkedIn compared to personal social media pages laden with family photos.

Fake profiles were once easy to spot, based on common friends, but have since become more life-like and harder to identify. Hackers will copy background information from one profile and use another's professional headshot.

Ryan Hubbs, president of the Houston chapter of the Las Vegas-based Association of Certified Fraud Examiners, did an entire analysis on fake profiles. His post explained what to look for before adding a new connection and assure your information is in the right hands. You would be surprised by how simple reasoning could help.

Profile photo: Fake profiles could use a stock photo or steal one from another profile. You can easily find out if the picture is real by right clicking on the image and searching Google. This will show if the profile picture is being used on multiple pages. Profile pictures with a solid background are easy to manipulate, so be wary.

Name: This is the most important part of any resume, but hackers building multiple fake profiles can make simple mistakes here. Misspellings, or strange capitalizing/lowercases are a dead giveaway.

Summary: A LinkedIn summary is the bulk of the profile, so read it over for clarity. Not only is a terrible profile summary not a great connection, but most likely not a real page. Spelling errors or putting little information is a red flag.

Job experience and education: More than likely, the two go together, but a hacker may not pay attention to this connection. Check if the school exists, and double-check the companies listed. A single job listing or degree without variation, is cause for concern.

Skills and interests: These sections are where users attempt to connect with others, so read through the list. An incomplete section is most likely false, or an overexaggerated section is questionable. Know that skills and experience should not be opposite.

LinkedIn number: Each LinkedIn profile is assigned a number. The number coincides with the timing signed up for the site. For example, the URL would include "/view?id= 396171798" in the link, meaning that user was the 396,171,798th person to sign up. Because LinkedIn only has about 300 million users, any number over that proves it's a fake page.

Simple questioning before connecting with anyone through social media can prevent a great deal of trouble. Focus on building a network of quality contacts and approach each opportunity with ease. By pausing before connecting, users can protect themselves from theft of personal information.

Kelly Sharp is a content editor at MultiBriefs. She is a recent Howard University graduate with a bachelor's degree in journalism and concentration in public relations. Hailing from Alexandria, Virginia, Kelly aspires for a career as a writer, changing the world one reader at a time.