Narrowing the ‘green gap’ for homeowners 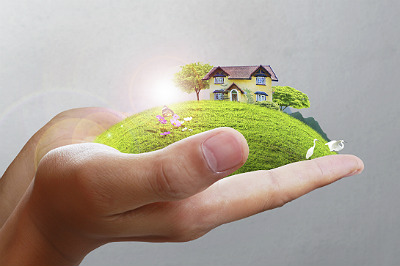 Marketing researchers call it "the green gap" — the difference between the universe of consumers who say they care about conservation and protecting the environment and the universe of those who act on those values when making purchases.

Following the onset of the Great Recession in 2008, the green gap widened considerably as the state of the economy, job market and housing market became top-of-mind with consumers. Recently, however, the trend has been moving in the other direction, with more consumers expressing a renewed commitment to a greener lifestyle.

Just how wide is the green gap? Estimates vary.

A study conducted by OgilvyEarth in 2011 found that 82 percent of Americans have good green intentions but only 16 percent are dedicated to fulfilling those intentions. In a 2013 study of consumer attitudes in 24 countries conducted by Ipsos Open Thinking Exchange, about half of U.S. respondents said they care about companies that are making an effort to improve the environment, but only about a third say they are willing to pay extra for such products.

As a general estimate, around a quarter to a third of consumers have made a conscientious commitment to a green lifestyle. For many other Americans, "green" is only one of many other factors they take into account when making a purchase, and usually not among the most influential.

For green advocates there is good news, however. Indications are that the green gap is beginning to narrow. Cone Communications, which has been conducting a green gap benchmark study since 2008, reports that in 2013 "a record-high 71 percent of Americans consider the environment when they shop, up from 66 percent in 2008. Additionally, nearly half (45 percent) of consumers actively seek out environmental information about the products they buy."

A Nielsen study of consumer attitudes worldwide found more than half (55 percent) say they are willing to pay extra for products and services from companies that are committed to positive social and environmental impact — an increase from 50 percent in 2012 and 45 percent in 2011.

As in other surveys, fewer (43 percent) said they had actually paid extra for such goods or services, but that figure was up from 35 percent in 2011. The Shelton Group, which conducts an annual EcoPulse survey, finds that in 2014 "the percentage of Americans searching for greener products is up five percentage points."

When it comes to the home, green is increasingly becoming a preferred option.

In a McGraw-Hill Construction SmartMarket report on green multifamily and single-family homes released this June, the authors state, "Now that the recovery has reached the single-family home market, the green share of that market continues to increase, and the overall size of the market is expanding significantly." The study finds growth in both new home construction and remodeling.

Notes the National Association of Homebuilders, "In the single-family market, the most striking shift is in those firms dedicated to green building (doing more than 90 percent of their projects green). That percentage is already at 19 percent, and by 2018, it is expected to double (to 38 percent)."

According to the study, nearly half (49 percent) of the firms surveyed doing remodeling projects are at least moderately committed to green, doing at least 16 percent of projects green. By 2018, the study projects that number will increase to 79 percent. Builders are responding to customer demand for homes that are more energy and water efficient, as well as healthier, with indoor air quality a primary concern.

Consumers also are more mindful of selecting green building materials, finds Kranz Select Woods, an online wood purveyor, which conducted an informal survey of consumers and professionals. Nearly three-fourths (72 percent) of consumers said green building materials were more important than they were five years ago, and they expect they will become even more important in the next five years.

The persistence of the green gap points out that builders and designers must still work at educating clients about the benefits of green choices, life-cycle costs and the particular properties of the products and materials they are recommending.

"Americans care more about comfort, their health, keeping their family safe, resale value and lower utility bills than they do about 'green,'" observes Suzanne Shelton of the Shelton Group in an interview for Builder magazine. She says builders, remodelers and designers "should talk about the health benefits (keeping allergens and toxins out of the house), the comfort benefits and controlling energy costs" when proposing green solutions to their clients.