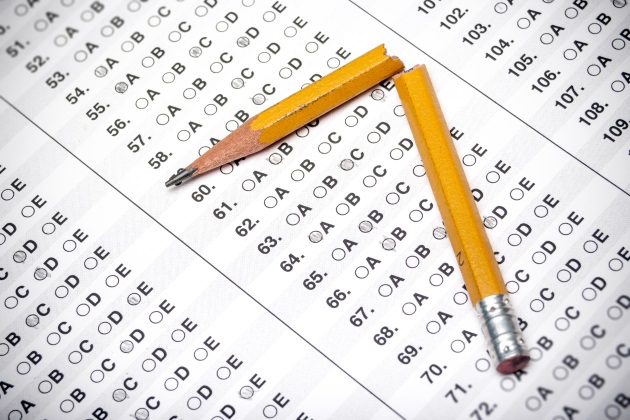 Earlier this summer, Education Week published a thought-provoking blog by Maryland elementary principal Margaret Pastor, where she explored the question, “Why Standardized Tests Aren't Working for Teachers or Students?”

Pastor talked about how her view of the role of standardized testing changed when a colleague told her that she should match her lowest performing kindergarten teacher with her highest performing teacher, based on recent standardized testing. She realized that using that metric was impossible since it was the same teacher who had both scores (because she taught both morning and afternoon classes).

From there, she began to formulate her opinion that many educators have “deep misgivings” about the role standardized tests should play.

Pastor went on to compare her work as an educator to that of her husband, a scientist. “While my husband carefully chooses which plants and which growing conditions to use in his studies to get more accurate and replicable results, I cannot even begin to predict which variables have the most impact on any individual student when she takes a standardized test on any given day.”

She went on to make this powerful statement: “In our best attempt to mimic scientific experiments in education, we insist on measuring the success of a learning intervention by students’ standardized test results. These are the very same tests that have let us down by failing to accurately capture what a student knows and can do. Many people say that we use these tests because we have no better way to measure learning. That’s not really a good answer, much less a reason to draw conclusions about the effectiveness of an intervention, or worse, about the performance of a teacher.”

We have better assessments, but for some reason, we haven’t made widespread use of them yet for accountability purposes. I have reported out through MultiBriefs Exclusives on this issue twice before, first in 2014 and then in 2017.

In the most recent article, I shared how New Hampshire became the first state to develop an accountability testing alternative that made use of teacher-developed performance assessments that were administered to students as part of their regular classroom instruction and assessment plan with their classroom teacher.

The model, known as Performance Assessment of Competency Education (PACE), paved the way for policy changes to NCLB that were incorporated into ESSA. The work has opened the door for other states to pursue similar options.

Performance assessments, according to the Center for Collaborative Education in Boston, are “multistep assignments with clear criteria, expectations, and processes that measure how well a student transfers knowledge and applies complex skills to create or refine an original product.”

Need an example? Think about the two ways that most states check for understanding for an important life-or-death skill: driving a car. States generally ask new drivers to take two tests: One is a more traditional, standardized written exam. The other is a performance task, where they demonstrate their driving skills to an evaluator in a car, on the road.

Many would agree that the “road test” is a far better predictor of the level to which a new driver has mastered critical driving skills. If this assessment strategy can be so widely accepted for a life-or-death skill such as driving a car, why is it not good enough for schools?

When schools engage in performance assessment work, it places student learning at the center. When teachers collaborate to develop, implement, and tune these tasks, they focus on providing quality aligned instruction and assessment practices that are tuned to standards, providing students with multiple opportunities to demonstrate mastery.

Assessment practices are often held up as a hallmark of tradition in schools today. Does the vision of a student sitting at a desk filling out a bubble answer sheet for an archaic standardized test with a No. 2 pencil come to find?

If a school is being responsive to student needs in today’s changing world, it must be willing to look at its traditions with an open mind and be willing to adjust and change as needed to make its assessment practices amenable to a philosophy where students are judged with a body of evidence against a standard and not against each other.

It is clear that some of our traditional assessment practices have been proven to be obsolete in best preparing students to be successful in the 21st century.