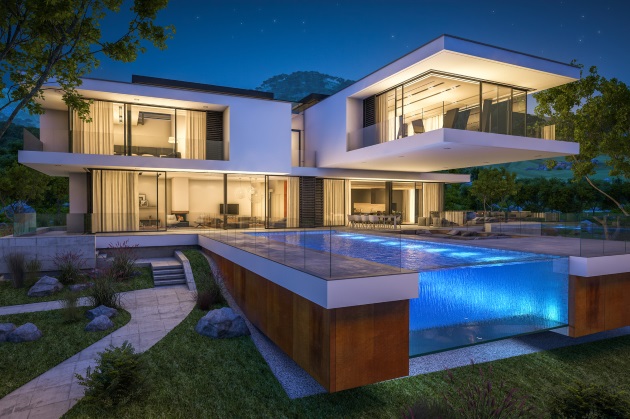 Sales of luxury homes have been falling since the beginning of the year. In most areas of the country, the number of luxury homes for sale has increased while selling prices have declined. Among higher-end properties, demand has especially dropped off as tax changes and fluctuations in the stock market have made luxury home purchases less desirable.

Many luxury homes were put up for sale following the tax reform changes that took effect as of Jan. 1 this year. Although the wealthiest households receive substantial tax breaks under the new law, those living in states with high state and local income, property, sales, and other taxes ended up paying more taxes this year because of new limits to state and local tax (SALT) deductions.

Interviews conducted by wealth investment advisors the Spectrum Group found households with incomes between $500,000 and $749,000 and those between $750,000 and $1,000,000 felt the greatest impact on their personal financial situation.

Among those hardest hit were residents of California, Connecticut, Illinois, New Jersey and New York — states with a substantial number of high-end luxury homes. Spectrum says there is now a wave of investors moving from high-tax states such as New York, New Jersey and Illinois to low or no-tax states, such as Florida, Washington and Nevada.

That exodus is reflected in the changes in the luxury home market in recent months. Web-based real estate brokerage Redfin reports that luxury home sales declined for the second quarter in a row during the first quarter of this year.

The average sales price for luxury homes nationwide fell by 1.6%, compared to the same time last year — the first annual decline in three years. Moreover, sales of homes priced at $2 million or more plummeted by 16% to their lowest point in nearly a decade.

In its Luxury Market Report for April 2019, the Institute for Luxury Home Marketing states that it is a buyer’s market for luxury homes at present. The number of listings between February and March was up by more than 2,000.

On average, homes are selling for below list price. However, the report indicates there are signs the market may be beginning to normalize. The median sales price was up $25,000 in March compared to February, at $1,425,000. Some 1,800 more luxury homes sold in March than in February, and homes were on the market 16 days less than in the previous month.

Part of the reason for the uptick in sales is the high demand for housing in some highly affluent metropolitan areas.

Even though California is one of the SALT states, it is still very much a seller’s market for homes priced at $1 million or more in tech-intensive centers like San Francisco, Silicon Valley and Sacramento. Other high-demand metro areas include Seattle; Arlington-Alexandria in Virginia; Los Angeles and nearby San Fernando Valley cities; and Denver and Boulder.

Those states with no state income tax that attract wealthy relocated households also have experienced higher-than-average sales of luxury homes. In Florida, for example, homes priced at $2 million or more have sold briskly in cities such as Coral Gables, Fort Lauderdale and Boca Raton, according to local real estate website The Real Deal. Luxury homes sales in Miami have jumped 161% since a year ago. Other areas experiencing higher sales include Charleston, Boise, and Nashville.

All this shifting about will impact interior designers differently in different areas. Taking the longer view, with the luxury prices beginning to stabilize and the economy barreling along with no signs of slowing down any time soon, the market is likely to perform much better in the second quarter, leading to demand for designer services in the second half of the year.