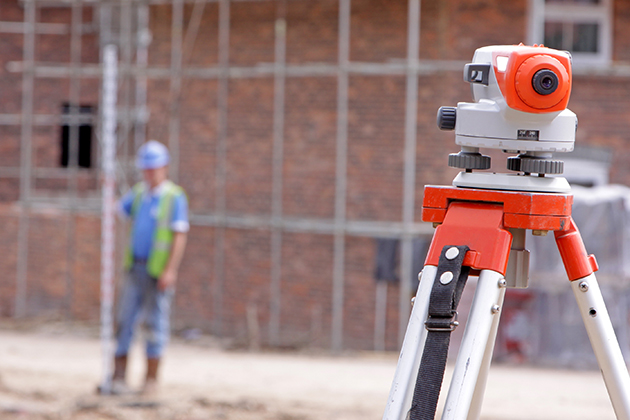 Some of the messages that find their way to me by email (and sometimes by phone) pose questions that are far more complicated than the inquirer anticipates.

Recently, a brief, two-sentence question (couched in an only slightly longer message) required me to write many paragraphs to describe and explain all the variables involved that precluded me from giving a solid answer. Incidentally, I also asked that I not be given more information since I didn't have time to research and respond to all those specifics, and some of it would be beyond my expertise.

The question was related to a proposed improvement to a house that has its footprint in the 1 percent annual chance floodplain (Zone AE) and a lowest-floor elevation one foot above the Base Flood Elevation (BFE). The writer was concerned that the addition would increase annual flood insurance premiums beyond affordability and wanted to know if an Elevation Certificate could reduce those rates.

This question seems straightforward on its face, but involves a number of intertwined variables that precluded a simple "yes" or "no" response and made my response a lot more complicated than what the writer probably wanted to hear. However, I felt a shorter answer could have been misleading.

The first variable relating to changes in insurance premiums is whether the existing home is considered "pre-FIRM" (constructed before the first Flood Insurance Rate Map, or FIRM, was issued for the community) or post-FIRM (constructed after that first map).

If the writer's building is post-FIRM, somewhere along the line there would have had to have been an Elevation Certificate to rate the flood insurance policy. If the building is post-FIRM and the current owner did not ever hire a surveyor to complete this form, it might be that the writer's premiums have been based upon a prior owner's Elevation Certificate.

Since the passage of the Biggert-Waters Act of 2012 and the Homeowners Flood Insurance Affordability Act of 2014, differences between pre- and post-FIRM rates are being phased out, with pre-FIRM structures being assessed more in line with true actuarial risk rates, as intended for post-FIRM structures. So, if the writer's house is pre-FIRM, then rates might be rising another year or more no matter what the owner does while full actuarial rates are phased in.

I say "could be rising" because there is another variable here, which is how long the writer has owned this building. If the house was purchased after 2013, then the owner might already be paying full actuarial rates due to the loss of "grandfathered" or pre-FIRM rating when ownership of the structure changed hands.

My understanding is that all post-FIRM rates are also subject to annual increases to bring them more in line with actual risk. I further qualified my response to say that I also presumed that the house is the writer's primary residence (living there more than 50 percent each year), since the rate changes and grandfathering are different for nonprimary residences.

Next to examine is the proposed addition. Because the house is in Zone AE, if the planned changes qualify as "substantial improvement" (50 percent or more of the structure's preimprovement fair market value), then the entire structure — not just the addition — has to meet or be brought up to the community's current building codes.

I am not familiar with the writer's community's codes to know if they only require the lowest floor to be at BFE or if additional height above the BFE is required. Currently, with the lowest floor a foot above BFE, the unimproved structure may meet current code. But some communities require even greater elevation as a safety factor, particularly in view of changing flooding patterns over time as our watersheds are developed (creating more runoff) and we experience changes in precipitation patterns.

The owner needs to verify local standards relating to elevation above BFE, but there may also be county and state requirements that affect the planned construction. Whomever the owner works with to plan the addition hopefully will be able to help with this research.

Hello, surveyors, here's your cue. Become familiar with regulations, elevation and flood openings (venting being irrelevant this time) to be the best resource possible.

Wendy Lathrop, PS, CFM, is licensed as a Professional Land Surveyor in New Jersey, Pennsylvania, Delaware and Maryland, and has been involved since 1974 in surveying projects ranging from construction to boundary to environmental land use disputes. She is a Professional Planner in New Jersey, and a Certified Floodplain Manager through the Association of State Floodplain Managers (ASFPM).