More evidence of positive effects of nature in built environments 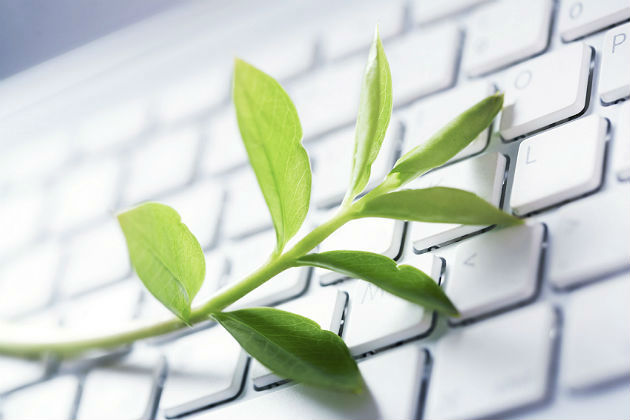 Increased daylighting is now a common strategy for reducing energy consumption in buildings. It has the added benefit that it is also good for occupants. Exposure to sunlight and natural views have been shown to improve mood, increase productivity and enhance wellness.

Several recent studies have found that providing access to nature and natural views in the built environment also promotes a number of other positive behaviors.

Early research on biophilia — the notion that humans have an innate relationship with nature — revealed that nature has restorative powers. When given access to nature, natural objects or views or images of nature after some period of deprivation, individuals' moods and sense of well-being greatly increased compared to confinement to windowless or unlandscaped spaces.

Patients in hospitals healed more quickly. Workers were more productive. Prisoners became less agitated. One study even found that college students meeting with professors who had a plant in their office had a more favorable view of those professors.

An extensive body of research since has confirmed these findings and more. Bringing nature into a building, through windows, indoor gardens and plants, materials, or natural imagery or colors produces many physical and psychological benefits for occupants.

A number of investigations have demonstrated a close link between biophilic construction and design and productivity and wellness. A new study from Human Spaces, an initiative sponsored by Interface, on the global impact of biophilic design in the workplace finds that access to nature and natural views also helps stimulate creativity.

Based on an online survey of 7,600 workers in 16 countries across the world, the results show that despite a variety of built environments and cultural differences, the top five elements workers said they most wanted in their work environment were natural light, indoor plants, quiet working space, a view of the sea and bright colors. Workers who had access to green space in their workplace more frequently reported feeling happy and inspired when they entered the workplace.

Moreover, states the report, "those working in environments that incorporate these natural elements, such as daylight and live plants, reported levels of creativity that are 15 percent higher than the levels reported by those who work in environments devoid of nature." Windows with a view to nature and bright colors also enhanced creativity.

Findings of research conducted at Rensselaer Polytechnic Institute, presented recently at the annual meeting of the Acoustical Society of America, conclude that playing natural sounds such as flowing water in offices could boost worker moods and improve cognitive abilities, in addition to providing speech privacy.

The researchers wanted to find out if using sound-masking signals inspired by natural sounds might work as well or better than traditional signals. They discovered that a signal mimicking the sound of a mountain stream successfully masked office sounds without becoming distracting for the workers. Along with improved mood, they found people's ability to regain focus improved when they were exposed to natural sounds versus silence or machine-based sounds.

Participants who watched the video containing images of nature were notably more cooperative. They also were more positively disposed to engaging in environmentally sustainable activities. Interestingly, unlike as in many other biophilia studies, the subjects' improved attitude toward cooperation was not linked to improved mood. Views of nature triggered a deeper sense of connection to one another and the natural environment.

The trend in sustainable construction and design is toward greater incorporation and integration of nature, natural views and natural elements to improve conservation of resources, indoor air quality and occupant health. These studies add further evidence that doing so will result in even greater benefits for occupants, employers and building owners.