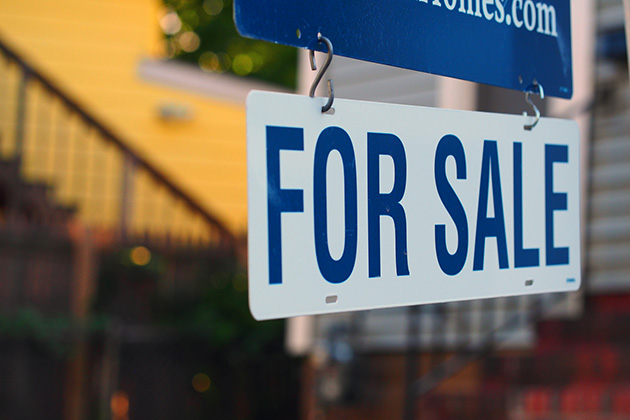 For real estate agents, February was a relatively good month. For homebuilders, it was disappointing. Consumers were happy to find extra money in their paychecks as the new tax laws took effect. Prospective homebuyers were concerned about impending mortgage rate hikes and escalating prices.

All in all, it was another seesaw month for the housing industry.

On the plus side, existing home sales rebounded by 3 percent after two previous months of declines of over 3 percent. Activity was strongest in the West (up 11.4 percent) and the South (up 6.6 percent), where warmer weather, rising employment and competition for housing helped drive higher demand. Another factor was a jump in available inventory, which increased nearly 5 percent. Nationwide, sales of single-family homes rose 4.9 percent, to just below 2 percent over the previous year.

Strong demand and short supply continue to drive prices upward. The median price of all existing homes sold came in at $241,700, close to 6 percent higher than a year ago, while the median price of a single-family home reached $243,400, or 1.8 percent above that of February 2017.

Similarly, the median sales price of a new home, which had declined in recent months, crept up by a little more than 1 percent, to $326,800. However, the average price was considerably higher, $376,700. While a boon to sellers, these increases mean fewer prospective buyers will be able to qualify to purchase a home.

New homes sales halted their precipitous decline in the two months prior, but fell by 0.6 percent compared to January and are up only a half a percentage point from a year ago. That trend may reverse as warmer weather approaches.

In addition, the U.S. Census Bureau reported completions of new homes jumped 7.8 percent in February, including a 3 percent increase in single-family home completions. Completions for the month were 13.6 percent above those the same time last year. That additional inventory should boost sales in the coming months.

On the other hand, homebuilders face various challenges as they strive to respond to the growing demand for new properties due to the shortage of existing homes for sale, inflating rents and improvements in household income. These include severe weather conditions, increased costs of materials and labor, regulatory delays and shortages of suitable lots and skilled workers.

As a consequence, the number of housing starts dropped in February by 7 percent, following an unexpected jump of 9.7 percent in January. Starts for the year are now in negative territory, down 4 percent from February 2017. Single-family starts, however, were up by almost 3 percent. Requests for permits also fell, by 5.7 percent, but — thanks to a 7.4 percent rise in January — are up 6.5 percent over last year.

Builders nonetheless remain confident, says the National Association of Home Builders. Its Housing Market Index for March held steady, dropping only 1 point from February. Some builders reported scaling back their sales expectations for the coming months for the reasons noted above as well as a decrease in buyer traffic, as reflected in the recent reduction in permit requests.

Consumers are feeling good about the economy and their personal employment and financial prospects. More are again contemplating purchasing a home. Yet for many, the current market is unwelcoming, the cost of borrowing is going up, and their choices are few.

Although positive about their near-term prospects, instability in Washington and on Wall Street has them concerned about making long-range plans. Should these conditions persist, they could create a drag on the industry as it heads into prime home-buying season.