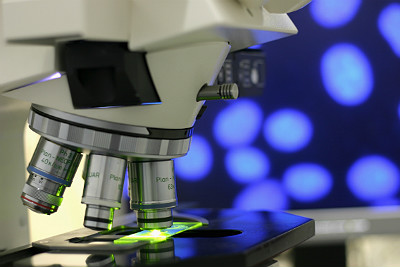 In a study published this month in Cell, researchers used stomach cells to create "mini-organs" that produce insulin after transplantation into mice. Results from the study show that antral stomach cells demonstrate the ability to convert into functional insulin-secreting cells.

Approximately 1.25 million children and adults in the United States have Type 1 diabetes, according to the American Diabetes Association. In Type 1 diabetes, the destruction of pancreatic beta cells inhibits insulin production, which leads to poor regulation of blood glucose. Replacing insulin-producing beta cells would cure the condition.

A previous study showed that reprogrammed pancreatic duct-derived cells (HDDCs) could function as beta cells to produce and secrete insulin. The latest study suggests that cells from pylorus region show great potential for reprogramming to behave like beta cells.

The researchers genetically engineered mice to express three genes possessing the ability to convert cells into beta cells. This allowed the scientists to determine which cells were most likely to present insulin-producing potential.

"We looked all over, from the nose to the tail of the mouse," says senior study author Qiao Zhou, of the Department of Stem Cell and Regenerative Biology at Harvard University in Boston in a news release. "We discovered, surprisingly, that some of the cells in the pylorus region of the stomach are most amenable to conversion to beta cells. This tissue appears to be the best starting material."

The reprogrammed pylorus cells showed the strongest response to high blood glucose levels in the mice, as these cells produced enough insulin to normalize the levels.

Without glucose control, the mice in the control group died within eight weeks. Mice in the test group maintained healthy insulin and glucose levels during the entire monitoring period of up to six months. These results suggest the reprogrammed cells adequately compensate for lacking beta cells.

Pylorus-derived beta cells closely resemble native beta cells in the pancreas, so reprogrammed cells from the pylorus appear to do an adequate job of regulating blood glucose. Another benefit to using pylorus cells is that stem cells from that area renew themselves regularly. The pylorus stem cells regenerated themselves after the first set of reprogrammed cells died.

Zhou explains that there is a constant loss of beta cells in various disease states, and the research provides, at least in principle, a way to replenish those cells. In this study, the researchers turned on the three genes as the mouse subjects grew to adulthood. This technique is not possible in transgenic human beings.

To overcome this obstacle and lay the foundation for potential clinical therapies, the researchers extracted stomach tissue from the mice then engineered tissue cells to express factors favorable to the conversion to beta cells. The scientists then coaxed the reprogrammed cells to form a mini-stomach, which measured between .05 and 1 cm in diameter, and transplanted the tiny organs into the abdominal cavities of mice. Next, the researchers destroyed the beta cells to find out if the mini-stomach would take over.

Five of the 22 mice implanted with mini-stomachs had normal glucose levels.

"When you put this together, you are basically asking the harvested stem cells to self-organize into an organ on a matrix," Zhou said. "The limitation is all about whether the tissue you transplanted can successfully reorganize with the right layers."

While researchers have a long way to go before mini-stomach transplantation becomes available for human patients with Type 1 diabetes, the study suggests such an approach is feasible.