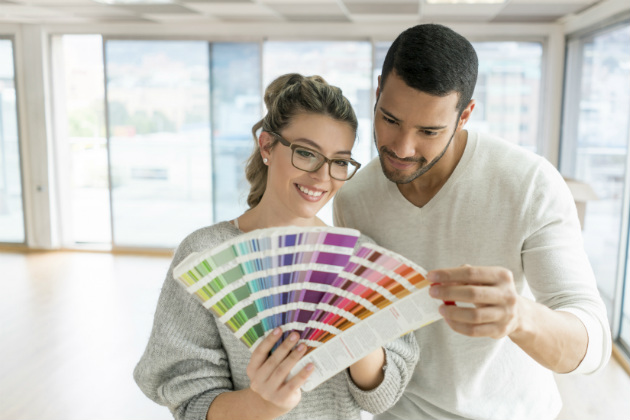 More than half of current homeowners plan to undertake one or more renovation, remodeling or repair projects this year. Most of those say they will spend as much or more than they did last year on home improvements.

Those are among the top findings of two recent homeowner surveys, which indicate that remodeling activity will remain strong throughout the remainder of the year.

Taken together, the surveys reveal a notable divergence in homeowner activity. According to Home Advisor’s 2018 True Cost Report, more millennials have completed home improvement projects in the past 12 months (72 percent) than either Gen Xers (18 percent) or boomers (42 percent).

In addition, millennials are more likely to remodel any part of their home, and in the past year completed twice as many kitchen and bath remodels as did boomers. The survey also shows, however, that many of these projects were low-cost, minor DYI improvements, such as repairs, maintenance, painting or replacing fixtures.

As long-term homeowners, boomers have more resources available to fund larger projects. They also often are undertaking renovations that they have put off for some time, and thus are replacing more outdated materials and products, such as counters, floors, lighting, fixtures and appliances.

For that reason, they spend more than do either Gen Xers or millennials, and they are more likely to hire a professional to help with their project.

Boomers participating in the Home Advisor survey, for example, plan to spend 51 percent more on a bathroom remodel project this year than do millennials. More than half of the respondents to the 2018 Houzz & Home survey were age 55 or older.

The report states these long-term homeowners "represent 57 percent of renovating homeowners and have maintained high spend on renovations over the past three years." Their use of professionals has increased 3 percent since the 2015 survey, while hiring of pros by other homeowners has remained flat.

One thing that millennial and boomer homeowners share in common is staying put. Home Advisor found 80 percent of current homeowners, many of whom are boomers, plan to stay in their current home, and about half plan to remodel to make their home more livable.

That trend has meant fewer options for those looking to buy a home or to buy up to a better home. The surveys show that many first-time homebuyers are undertaking renovations because they could not find or afford the house they wanted and are upgrading an older home to make it more suitable to their needs and tastes.

Houzz reports renovations among recent homebuyers rose by 1.2 percent from 2015 to 2017, and that of first-time buyers was up 0.3 percent from last year.

In previous years, at the beginning of the economic and housing market recovery, boomers were spending on large interior renovations, such as kitchen and bath remodels, to upgrade their aging homes.

The Houzz study shows that, more recently, they have focused on upgrading systems and exteriors, including outdoor improvements. However, when they do undertake interiors projects, the surveys show, they are spending more on luxury and discretionary upgrades. They were more likely than other homeowners in the Houzz study to have gone overbudget on their project because they decided to buy more expensive products or materials.

Overall, respondents to the Houzz survey are somewhat more affluent than those responding to the Home Advisor survey, which accounts for some differences in their findings.

For instance, Houzz respondents planned to spend a median budget of $10,000 on home renovations this year, while the budget for those in the Home Advisor survey averaged around $6,650. Those undertaking larger projects expected to spend much more.

Remodelers and designers should find that between well-off boomers and more affluent millennials there is plenty of business to be had.