Millennials at the forefront of healthcare 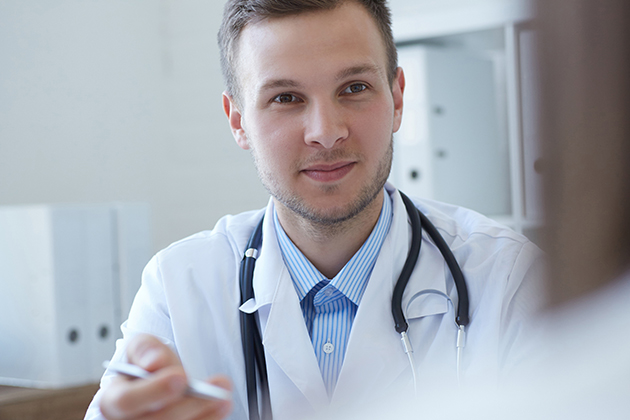 As of 2018, millennials (those born between approximately 1979 and 1994) are now the pre-eminent generation within the American workforce. According to the Pew Research Center, a full third of American workers are members of the millennial generation, and this demographic shift is worthy of our attention, both inside and outside of healthcare.

Every outgoing generation speaks negatively of the younger generations replacing it, and the baby boomers are no exception.

Healthcare, the military, government, and other pillars of society have been molded according to baby boomers’ ideals — those ideals and their (admittedly mixed) results are about to give way to that of the powerful and numerically dominant millennial cohort, and there’s no turning back the clock.

Millennials Are Here to Stay

No matter how millennials have been repeatedly disparaged as lazy and wanting a trophy for simply showing up, healthcare leaders and workers need to accept that this generation will dominate the healthcare milieu (and other aspects of the workforce) for years to come, and their impact is already being felt.

Since the youngest members of this historically significant generation are currently in their early 20s, we can easily extrapolate that medical schools, nursing schools, public health programs, and other educational tracks must now be brimming with millennial student enthusiasm and energy. As these newly minted physicians, nurses, researchers, educators, and others emerge from school into the workaday world and rise through the ranks, they will increasingly assume positions of power and influence in every quarter of society.

Millennial politicians, attorneys, judges, and other societal leaders are also entering the fray in large numbers, and we will see their influence for the next generation as laws are made and remade, and sectors like healthcare continue their 21st-century trajectory.

This generation is a force to be reckoned with, and it is up to everyone concerned to see the forest for the trees and accept that such change is inevitable. Some may feel great trepidation at the thought of a societal takeover by this newly dominant generation, but the seeds of millennials’ leadership have already been sewn.

Tolerance, Acceptance, and an Open Mind

Anecdotally, millennials are seen as more open-minded, accepting, and tolerant than previous generations. For millennials, it is widely accepted that racial and gender equality, LGBTQI rights, and other indices of tolerance are the new normal.

And while millennials do not have direct experience of the human and civil rights struggles of the 20th century, their generation is poised to take the gains won by Baby Boomers and Generation Xers to new heights. Just as boomers in the 1960s built upon the societal movements of the early 20th century, millennials will themselves be the architects of what comes next.

In healthcare specifically, we can imagine that millennial leaders rising into positions of power will want to effect change on many levels, including creating a more inclusive healthcare system focused on patient empowerment, individualized medicine, the rise of artificial intelligence (AI) and other technologies, as well as a sense that healthcare providers are partners with patients, not all-knowing gods who cannot be questioned.

This writer has personally spoken with a number of young medical and nursing students who see room for the rehumanizing of healthcare and a more open-minded view of what healing can and should be. This new paradigm is being forged as we speak, and while some will fall back on older ways of being and thinking, a great deal of new thought will undoubtedly infiltrate the healthcare sector and beyond.

Healthcare has always been a highly changeable area of research, education, and direct care delivery. Technological advancement in healthcare has been moving at an astronomical pace for decades, and the rate of change is now exponential.

AI, robotics, and other new developments will keep healthcare leaders, providers, and patients on their toes for decades to come, and this new generation of physicians, nurses, researchers, and other healthcare professionals will be active partners as these new advancements are integrated into the mainstream.

Just as technological change is unavoidable, generational change is also inevitable. We cannot stop innovation — the human mind is such that new ways of thinking and doing simply arise from our innate human ingenuity and curiosity. We also cannot stop younger generations from coming into their own and eventually assuming power — and right now, it’s the millennial generation’s turn to grab hold of the world’s steering wheel.

While baby boomers and Generation Xers may have made some great strides in the 20th century, we also left millennials with a devastated environment, massive population growth, and ongoing struggles related to immigration, war, terrorism, and other global woes.

It is now the older generations’ turn to relinquish the controls, put aside their judgments, and mentor this new generation as it truly assumes leadership on every level of society.

In healthcare, it’s no different — new leaders and workers will produce novel solutions, unheard of technologies, and fresh approaches to the treatment of illness and the clinician-patient relationship. It’s time to embrace change and welcome this new generation as it takes its place in the driver’s seat.