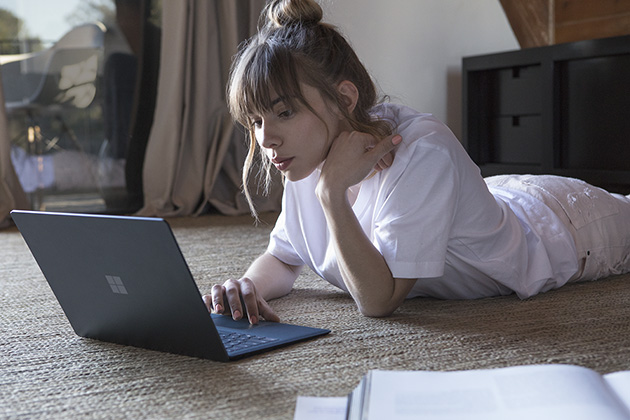 For the vast majority of its history, Microsoft has been a company synonymous with software. In fact, the Microsoft name itself comes from a portmanteau of microcomputer and software.

However, after Apple became ascendant in the 2000s by selling new hardware like iPhones, iPods and MacBooks — eventually overtaking Microsoft in market capitalization in 2010 — it made the utmost sense for the Seattle-area tech giant to jump into the PC-making world.

After years of resistance by co-founder Bill Gates and others at the company, Microsoft finally broke into the computer-manufacturing world in 2012 with its Microsoft Surface tablets. Half a decade later, Microsoft has unveiled its first laptop, the Surface Laptop. It's now clear that Microsoft wants to be as known for its hardware as its software.

Becoming a computer-maker wasn't easy for Microsoft, as the man most responsible for the company entering the sector — former CEO Steve Ballmer — was forced out after the monumental failure for the first-generation Surface tablet and its much-maligned Windows RT operating system.

However, rather than abandon tablets, Microsoft changed its strategy.

"Thankfully, Microsoft started to realize that its strength lays in making full-fat PCs rather than mucking around with iPad-level tablets," Engadget's Nicole Lee wrote of Microsoft's Surface evolution. "Microsoft started to pivot more toward the trend of 2-in-1 PCs and hybrid laptops. And thanks partly to faster-performing chips that sip power, the company was able to do so."

Newer, well-received versions of Surface tablets that functioned as smaller, handheld (or keyboard-attached) Windows desktops like the Surface 3 and Surface Pro 4 allowed Microsoft to finally make a full-size laptop that debuted May 2 and will hit the market June 15.

Microsoft is making no bones about its desire to challenge Apple and its high-end MacBook and MacBook Pro lines of laptops with the Surface Laptop release.

"The Surface Laptop is lighter and thinner than any MacBook Air or MacBook Pro currently available, and it's faster and has longer battery life than any MacBook on sale today. We want you to be proud of your laptop when you pull it out of the bag," Panos Panay, Microsoft's vice president for Surface, said at the New York debut event for the laptop,

At $999, the Surface Laptop is also significantly cheaper than any MacBook Pro on the market, and is the same price as a new MacBook Air, a product that hasn't an updated release in more than two years.

One interesting aspect of the Surface Laptop launch is Microsoft's choice to focus on education and college students for the product line, including a new, streamlined version of the Windows 10 operating system, Windows 10 S. The newer, faster OS competes with Google's Chromebooks and Chrome OS, which come at a lower price point than the Surface Laptops. Despite the student focus, some observers believe the new OS can be of great use to businesses as well.

The use of a new and different OS for a wholly-Microsoft product has given some people flashbacks to the Windows RT fiasco on the first Surfaces. However, Microsoft is allowing Surface Laptop buyers to take advantage of a free upgrade to Windows 10 Pro during its first six months on the market, which will essentially give users the same Windows version that would be installed on a non-Microsoft laptop.

The Surface Laptop checks all the boxes for a good product, is getting mostly solid reviews and stands to catch Apple at a vulnerable time. However, Microsoft is still at a young stage in its hardware-producing life and has a lot of catching up to do. A week before the Laptop unveil, Microsoft released disappointing earnings due to a 26 percent drop in Surface sales.

Much is riding on the Surface Laptop's success, but Microsoft's newest product looks the part thus far.