#MeToo and preventing sexual harassment in the workplace 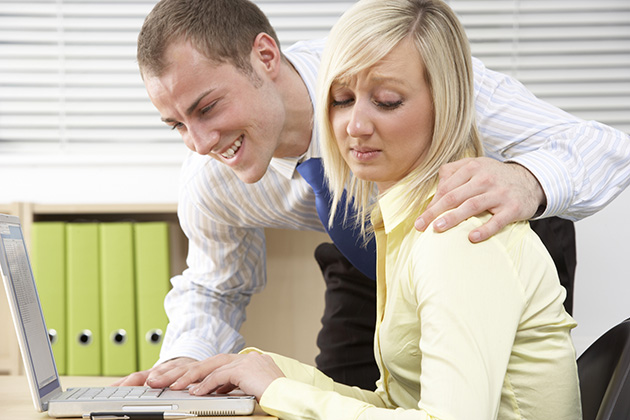 Accusations of sexual harassment and sexual assault against film producer Harvey Weinstein have recently exposed behaviors in Hollywood towards many women and some men.

As a result, Alyssa Milano adopted the now-hashtag #MeToo, taking from a campaign that started 20 years ago with activist Tarana Burke.

For many people reading about Weinstein, there is an "it’s about time," feeling about sexual harassment and sexual assault being taken seriously, and there is public outrage that dwarfs similar accusations against Bill Cosby, Donald Trump and other men of power for similar offenses.

But sexual harassment and sexual assault by men in power towards women is not a new phenomenon.

According to a recent ABC News-Washington Post poll, 54 percent of all American women have been subjected to unwanted and inappropriate sexual advances. Thirty percent of women identified the perpetrators as male colleagues, and 25 percent identified men with power over their careers.

For many women, sexual harassment at work has been looked at as a gauntlet they had to walk through in order to get a job, keep a job, or get promoted. For other women, it was the cost of not getting their rent raised, staying in their home or staying alive.

There are countless stories of women who never said anything, or when they did, were ignored, trivialized or not believed. These are the women whose stories wouldn’t impact a whole industry, hourly employees, women of color and refugees fleeing across a border to the U.S. afraid of getting deported if they speak out.

We need to be outraged by the Harvey Weinsteins, the Bill Cosbys and the Donald Trumps, and at the same time, we need to know that this behavior can be found in every industry, social and economic class, and every part of the U.S.

We can’t talk about diversity and gender equality without acknowledging the impact sexual harassment, sexual assault and attitudes of gender superiority has had on diversity and inclusion.

Women who work in organizations where sexist comments are accepted because "boys will be boys," or "change takes time, so go along to get along," are not seen as equals, no matter how competent they are. It is impossible to for an organization that allows such behavior from its leaders, managers and/or male employees to be fully inclusive.

When bias and gender inequality are ingrained in a culture, it doesn’t matter that a mission statement includes gender, or that the organization has yearly gender programs; women will not advance. Bias based on gender, race, sexual orientation or any combination results in the targets of that bias not given the opportunity to show what they can do or contribute their best work.

Here is what needs to happen to root out sexual harassment, assault and gender inequality:

2. Build intentional partnerships with women in the organization in order to get feedback about behaviors that might encourage gender bias.

3. Create a process and space where women can report incidents of harassment, inappropriate comments and behavior.

4. Model the right behavior, and educate everyone about these issues going beyond what is considered “legal.”

5. Make the connection between attitudes and behaviors that promote gender inequality, objectification and loss of productivity, and those that promote advancement for women, participation and risk taking.

6. Provide facilitated opportunities to engage in dialogue with all genders and become more aware of comments and behaviors that are offensive.

7. Get rid of anyone that continues to treat women as objects and refuses to change. There is no room for them. Show everyone that you are serious.

8. Develop a process where women can report incidents of harassment and unwanted advances.

9. Take time to talk to women at all levels of the organization and consciously include hourly employees and women of color who are most often left out of the gender conversation.

Finally, don’t just make this a "women’s issue." Everyone in the workplace is impacted by an environment that is hostile to women.

Ending sexual harassment, gender inequality and preventing sexual assault takes all of us working together and men will need to take leadership to educate other men.