200 milliseconds before he'd finished his sentence, I thought of at least 36 reasons why I did.

There it was. Possibly the single-most illogical reason why people walk through the glass doors into a showroom full of 911s, 718s, Panameras, Cayennes and Macans. Michael illustrated an example.

"A spinal surgeon from Salt Lake City located a 911 Turbo S we had in stock because it was the only one he could find with the wheels he wanted," he continued. "I ended up flying out to Utah to close the deal."

While I've been coming to this dealership for nearly 20 years to buy parts, I'd never once set foot in their showroom. There's a reason for this. First, their parts and service department is housed in a different location a few miles down the road. Second, I'm neophobic.

So why was I sitting across from Michael Marinelli, a Certified Brand Ambassador and Sales Consultant inside Ray Catena Porsche's showroom?

Today's Porsche customer, model popularity and the process of selling them intrigued me. The brand has gone through a lot of changes in the last 20 years, but their methodology remained intact. Michael was about to bring me into the 21st century of Porsche history. 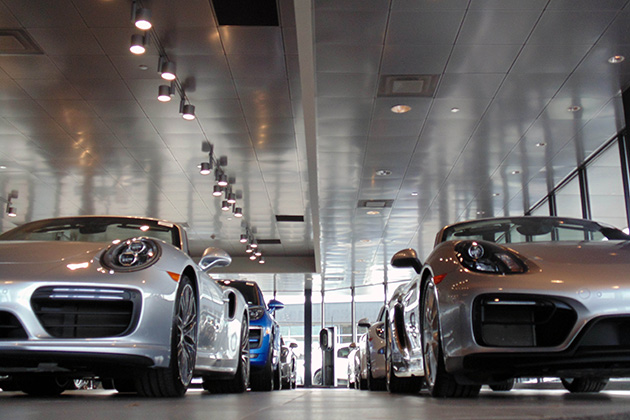 An Ambassador will certainly ease the intimidation.


It's an intimidating place, this. Porsches have become larger, more luxurious and somehow pack three to five times more horses in their aluminum bores than their Opas in our garage do.

"May I bring you coffee, tea or cold beverage while you wait, sir?"

Reception was impressive. If you'd think they'd discreetly show a homeless-looking chap like me clothed in Oliver Twist's hand-me-downs the front door from whence I came, you'd be wrong. Savvy sales professionals are painfully aware that sizing up someone on looks alone could be a costly mistake.

At 9:35 a.m. on a Saturday morning, this place was already buzzing. People walking about, intercom pages, the whirr of a starter, thrump of a door — BRRRAAAAAP! An Agate Grey Metallic 991 Turbo Cab is getting an early start to the day. Michael was finishing up with a Macan test drive.

"While I waited," I explained to Michael, "a couple walked in, test drove two 911 Turbos in the showroom, shook hands with the salesman and drifted over to other side of the dealer and repeated the process with the Jags. I was amazed more by the ballet of maneuvers it took to get the cars out of the showroom than their indecision."

"Sometimes we get customers who've a hard time deciding," he said, easing into his chair.

"I'm sure you get those with nothing better to do who come and test drive a few cars, give an earful of half-truths to sound the part, and leave."

He grinned at that one.

Forget about the typical Porsche buyer, that's a concept as antiquated as pulling off to the side of the road and unfolding a map.

"We get people of all sorts coming in to look at a Porsche," Michael said. "Sure, there're doctors, lawyers and executives, but we also get stay-at-home moms, retirees ... We had a retired gentleman come in looking at a non-Turbo 911. He was adamant about not paying more than $2,000 a month. After visiting a few other dealerships in the tri-state area, he came back here and left with a 911 Turbo S, a $2,600 a month payment and a smile on his face." 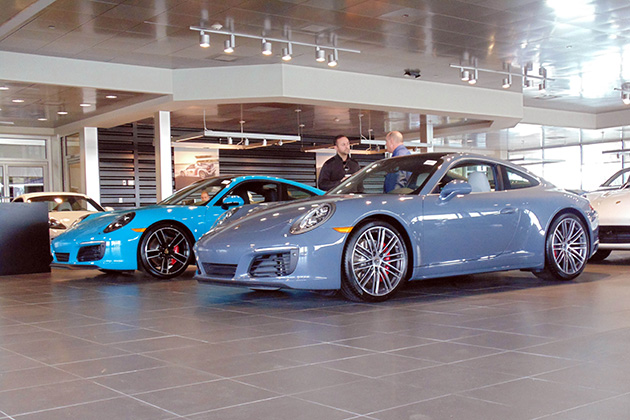 You’ve a hard choice to make… 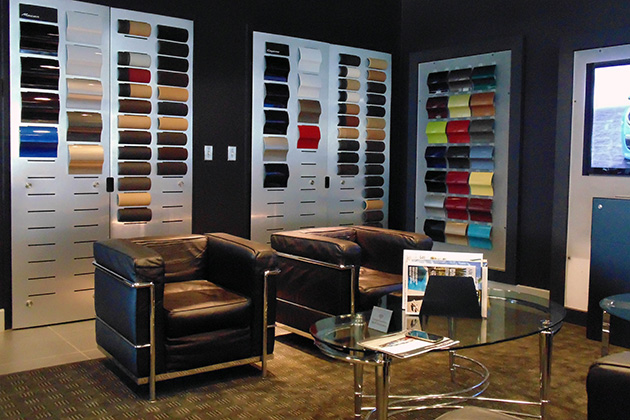 …and it gets even harder.


But that's where it gets interesting, you see, because selling a car like this is an art. Michael possesses certain characteristics that can't be taught — things like patience and intuition as well as the ability to listen, make eye contact and use body language in such a way to make the potential buyer feel at ease.

The artistry lies in the ability to pick up cues from the buyer's personality and adjust your own to complement it seamlessly. And while Porsche trains their Ambassadors to handle such matters with finesse, it's seldom textbook. Dealing with diverse personalities ready to exchange money for dreams can be an emotionally charged endeavor.

"So what's the most popular flavor?" I ask.

Michael answered without giving it thought. "Cayenne ... on average, and I can't give exact percentages without looking, it's about 50 percent of our sales."

Much like the 924 and the 944, Porsches that redefine the brand and send purists screaming bloody hell helped the company skirt financial doom — they also ensured the 911 a bright future.

Now, if you decided to go on Porsche's website, configure your car and call Michael to place an order, he'd regrettably tell you that you'd have about a two- or three-month wait for Porsche to build your car and have it shipped to his dealership. This is especially crucial to Michael's customers who lease, as he explained.

"Say, for example, a customer's lease is coming due and he or she wants to custom order their next Porsche, timing becomes critical. They'd need to place their order a few months in advance so that their next car's arrival coincides with their lease expiration."

"So let me ask you this," I say, "the cars sitting in your lot, were they allocated to you by Porsche, meaning, did they decide how many 911s, Macans and so forth, your dealer gets based on previous sales?"

"We do get allocated inventory based on previous 12-month sales. Porsche determines how many 911s, 718s, Macans, Cayennes and Panameras we'll get throughout the year. However, each one of those vehicles needs to be individually ordered. Whichever vehicles are not custom-ordered for clients, we will custom order them for dealer stock.

"Porsche utilizes just-in-time production. They do not warehouse parts ahead of production. Instead, they wait until a car is ordered and then begin gathering the parts. It is an inventory strategy that reduces overhead, while minimizing waste.

"It doesn't mean that if a car isn't ordered, it won't be produced. From what I've seen over the last seven years, Porsche has stuck to their production forecasts, albeit the auto industry saw strong growth during that period of time. Whatever is allocated to dealers throughout the year is shipped to them. Fortunately, I have not experienced a market downturn, yet.”

Gone are the days when a surplus of 968s sat in Zuffenhausen's yards, become a year older and had to be re-VIN-ed to become the "next model year."

Michael told me of his days on Wall Street, his old 964 and stories of customers who've become friends; we could've dissolved an entire Saturday afternoon chatting away. As I left, a Miami Blue 911 stopped me dead; I realized Porsche hadn't really changed much.

Yes, the cars have evolved, but it was still a small company content with low-volume production and, as Michael suggests, making one less car despite demand.

Exposure therapy is said to help treat neophobia — this could be a problem. 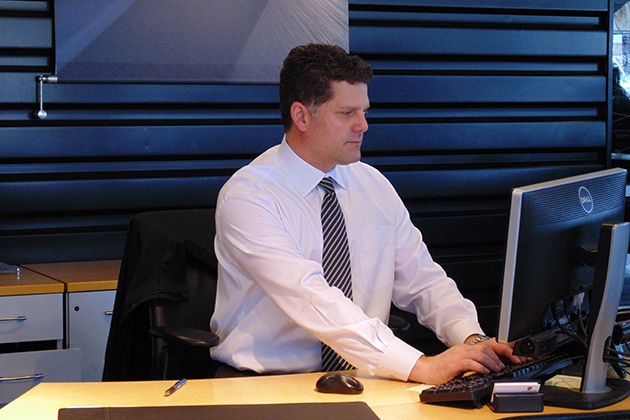 The Ambassador of Desire: Michael Marinelli.

A dyed-in-the wool, air-cooled 911 junkie, Pablo Deferrari doesn't discriminate against other Porsches. Want further proof? He's in love with Porsche’s early water-cooled models and is dedicated to the celebration of the 924, 928, 944 and 968 series. Pablo is one car away from having all four of these models in his own collection: the 924.