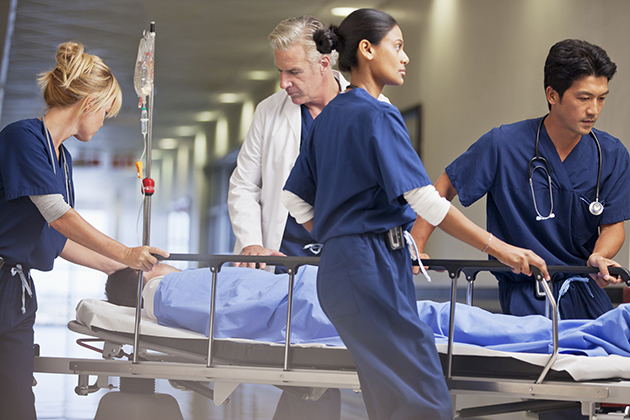 Medical scribes can increase an ER physician's productivity, resulting in shorter lengths of stays for patients, according to a study published in The BMJ in late January.

Conducted at hospitals in the Australian state of Victoria, the study compared ER shifts where trained scribes were utilized with those where clinicians were required to complete clinical documentation and other clerical tasks.

Scribes enter the exam room with the physician and use a computer to document consultations, schedule follow-up appointments, order diagnostic tests, complete patients' electronic health records, request inpatient beds, print discharge paperwork and locate information for the physician. The goal is to enable physicians to spend as much time as possible managing direct patient care.

In the study, 88 emergency department physicians were randomly assigned one of 12 scribes during routine shifts. Data were collected from 589 scribed shifts, totaling 5,098 patients, and 3,296 nonscribed shifts with 23,898 patients.

No changes were noted in door-to-doctor time. However, the median length of patient stay decreased by around 20 minutes.

The study found that scribes could be best utilized at triage. The smallest increases in productivity were recorded at the subacute treatment level. No harmful events were noted as a result of scribe utilization.

This isn't the first study to note greater physician productivity resulting from the use of medical scribes. A study published last September in JAMA looked at the use of scribes in the primary care setting. That study also found a positive correlation among physician workflow and patient satisfaction.

A team from Kaiser Permanente Northern California in Oakland evaluated 18 primary care doctors' productivity with and without scribes. The internists and family physicians were randomly assigned to work with a scribe for alternating three-month periods over the course of a year. A six-question survey was given at the end of each quarter.

Physicians said they spent less time after-hours documenting electronic health records during the periods they were assigned scribes. They also spent more time interacting with patients during scribed periods and documentation was completed quicker. Patients also reported higher levels of satisfaction. The majority reported the scribe having a positive effect on their visit with only 2.4 percent indicating a negative encounter.

"Our results support the use of medical scribes as one strategy for improving physician workflow and visit quality in primary care," the authors write.

Indeed, unrelated research indicates that patients willingly accept the presence of scribes during emergency department encounters and less than 1 percent of patient interactions are inappropriate for scribe utilization. The majority of doctors also indicate they prefer to work with scribes, with only 15 percent indicating otherwise. The overall quality of scribes notes and documentation is consistent, sometimes exceeding that of physicians, according to a 2016 study.