Manston: The airport that refuses to die 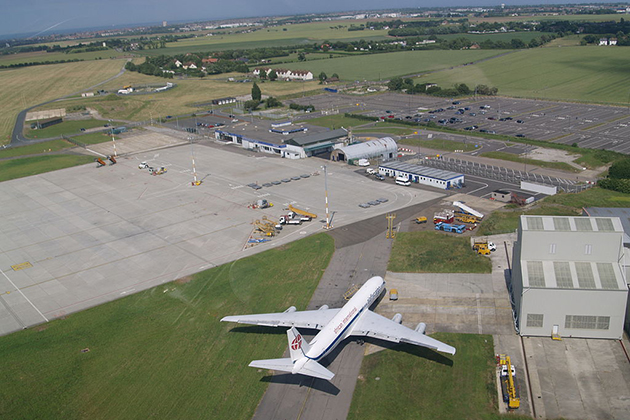 Life after the war for Manston never quite fulfilled its potential. Years of struggling to attract enough vacation charter traffic to survive were supplemented by cargo flights and a brief dalliance with a scheduled airline during the start of the low-cost boom. A few other scheduled airlines tried to make a go of the newly expanded site, but all eventually left leading ultimately to the airport closing in 2014 and the loss of many jobs.

Emotions have remained high over the future of the site, which has been earmarked for housing and development since closure. Many locals wish to see the airport reopen for flights, and this week it was announced another consultation is to be held by RiverOak Strategic Partners to reopen Manston as a cargo airport.

With a long runway capable of handling aircraft of any size and close proximity to both London and Continental Europe via the ferry and Channel Tunnel transport links, Manston is perfectly sited to benefit from such a development.

To date, planning approvals have been sought to build 2,500 homes on the site, along with commercial buildings and parkland. Yet the idea of returning it to use as an airport has always been held as a possibility, with feasibility studies held by the local council. This was given a boost in May when a new potential investor approached the council to ask it to acquire the site as it had a U.S. cargo airline wishing to base up to 12 aircraft at the airport. 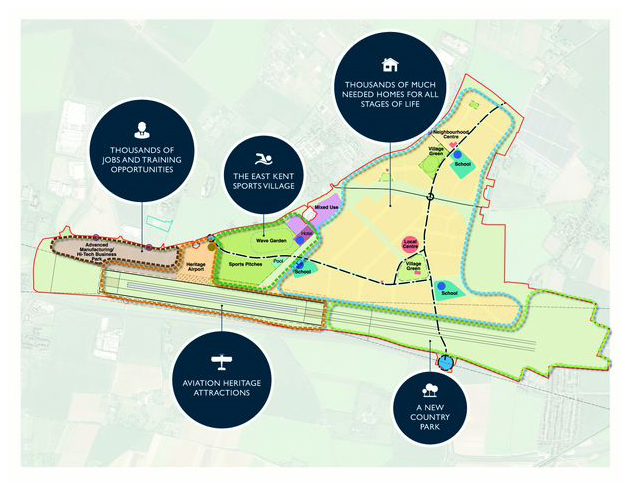 Planning approvals have been sought to build 2,500 homes on the site, along with commercial buildings and parkland.


An admission that this use could lead to night flights means noise mitigation plans need to be in place to protect neighbors under the flight path, and 2,200 responses to a consultation held in the summer are currently being worked through.

"We are also taking the opportunity to update our environmental assessment in line with the latest EU Directive in respect of which we will also welcome comments," said George Yarrell, director of RiverOak.

While the proposals to return flying to Manston are ironed out, the site's owners — Stone Hill Park — are pressing ahead with plans for building homes. They have also put forward a plan to use part of the 9,000-foot runway for vintage flights, along with new buildings for the two on-site museums which tell the history of the airfield.

However, the campaign group Save Manston Airport Association said: "For Stone Hill Park to offer a small landing strip when the people of Thanet want their long runway back open for commercial flights, and the jobs they bring, is to completely miss the point."

Decisions on whether RiverOak Strategic Partners, Stone Hill Park and the local Thanet Council will be fruitful in their proposals for the future of Manston are expected in early 2018.