Airport slot allocation management is about to get better 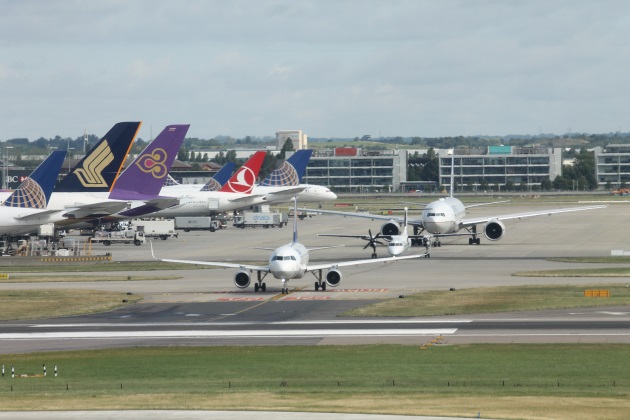 A new governing structure over the way airport slots are allocated and managed has been agreed upon by three industry associations. It is hoped that this arrangement will benefit passengers as air travel increases and more airports feel the pressure of demand.

The agreement came at a meeting in Seoul, South Korea, and sees Airports Council International (ACI) World, the International Air Transport Association (IATA), and the Worldwide Airport Coordinators Group (WWACG) agreeing to the new structure for the Worldwide Slot Guidelines (WSG) — a set of standards published by IATA for the management of airport slots.

What are airport slots?

A slot is simply defined as a landing or departure time at an airport. It is allocated to an airline for a particular flight at a particular time, and helps airports manage their runway capacity and available space at the terminal gates so that operations do not become too crowded. It is also a useful way of limiting an airport’s effect on its neighbors and the environment.

Slots are particularly common at busy airports where the supply of available takeoff and landing times is outstripped by demand from airlines who want to operate flights (which in turn are usually driven by demand from passengers or intense competition over routes). Such airports are classified as "slot-constrained," and at present there are around 200 such examples globally.

In these examples where demand is higher than the available number of slots, an allocation process is implemented, which should ensure a fair and non-discriminatory way of giving airlines access to an airport.

How will slot allocation change

Under the new collaboration, airports, airlines and slot coordinators will work together equally to determine slot allocation. The purpose is to modernize the system that has been put under strain as more airports become slot-constrained.

"This has enabled airlines to make network investments with certainty. But more importantly it has benefitted consumers by ensuring schedule reliability while enhancing competition by providing opportunities for new entrants in even the most congested airports." He added: "By working together with ACI and WWACG, the time-tested WSG will become even more responsive to evolving market needs."

With air travel set to double by 2030, and another 100 airports expected to become slot-constrained, this is seen as the right time to improve the system for the benefit of passengers and to provide more transparency in what is often seen as the shady world of slot allocation. How it will pan out in reality is yet to be seen.

At airports like London Heathrow, slots are often traded between airlines or sold for tens of millions, or even used to benefit partners in airline alliances. New entrants can often end up priced out of starting services to these airports, and shorter regional routes using smaller aircraft can rarely make a profit when slots demand such a premium.

The new guidance also must go hand-in-hand with busy airports modernizing their infrastructure to provide capacity for airlines and passengers.

De Juniac added: "It is vital that policy-makers remember insufficient capacity to meet demand forfeits economic opportunities. The new WSG governance will make the best use of what we have — but it is no substitute for investing in modern airports and air traffic management."