Malls without walls: The stealth privatization of public space in the US 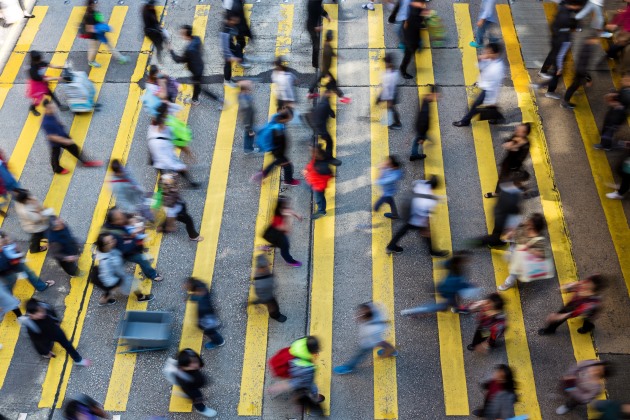 To architects and urban designers, the “public realm” has become sacred in planning systems and urban visions over the last two decades. The space between buildings has become seen as equally consequential as the buildings themselves.

This often results in captivating sketches and visualizations of new development or transformed town centers. But the creeping privatization of the land rights and management regimes that underlie those sketches is provoking questions about how the ownership of the public realm impacts our experience of it.

From the U.S. with love — exploding the walls of the mall

Privately owned public spaces (or POPS) are perhaps one of the least registered exports from the U.S. These spaces have been dubbed by some as “malls without walls,” due to the similarly sterile and heavily policed environment they are accused of creating in our town and city center environments.

They have become seen as a key motif of the “post-Fordist” cities we know live in, where the old downtown core is being reimagined as a “festival and recreational site.” But it is also something that perhaps goes unnoticed by most who use these spaces.

Up until the mid-20th century, our high streets and commercial centers were more likely to be under the ownership of a dense patchwork of local businesses, the owners of which often lived above their shops and had a real stake in the local space.

While the spaces in between them were generally under public ownership and funded from the public purse, allowing for accountability when their condition was not to our liking. Today the picture is quite different, with increasing concentration of land ownership among private companies, often accompanied by an increasingly theme park-like effect on our experience of the public realm.

Another U.S. export that has been said to support this shift is the rise of business improvement districts (BIDs) — delineated areas where local businesses fund projects by raising a levy among members. Projects are usually targeted at areas where local government has stepped back, such as security, capital improvements or street cleaning. In New York alone, a total of 76 BIDs invest $158 million annually.

Economic pragmatism or something more sinister?

The privately owned public spaces (so-called POPS) are generally defended as a pragmatic solution to dwindling public budgets and the need for local upgrades — a deal between local government and developers that is often wrapped up in increasingly popular ”incentive zoning” arrangements first pioneered in New York.

Advocates make the argument that this model helps to “unlock” and regenerate spaces — perhaps underused former industrial spaces — that were not accessible to the public in the first place.

It has also been noted that not all publicly owned spaces are particularly accessible, and by no means free of surveillance and control mechanisms. However, their critics argue that the impact of these spaces go far beyond a pragmatic funding model and say something more profound about the times we live in.

POPS and the ‘right to the city’

The debate over POPS takes its place in a centuries-long discussion over the “right to the city,” first coined by French sociologist Henri Lefebvre as part of a commentary over the dramatic remaking of European cities since the 19th century, its interaction with inequality, and a desire to create a “renewed access to urban life.” This same spatial politics has infused battles outside of the city too, such as the mass trespass of Kinder Scout by angry factory workers in 20th century northern England.

Even the 21st century, in an age dominated by social media and “placeless” online dissent, public spaces remain essential to the functioning of democratic politics just as they have done since the age of the ancient Greek agora.

In other words, space still matters. However, in a privately owned public space, the private entity managing that area can impose limits on permitted activities — skateboarding is a popular target for prohibiting, as are political demonstrations and the homeless.

This selective approach to the public can be “hard” (such as asking a homeless person to leave), or “soft” (by pricing low income individuals out of an area). It has not gone unnoticed that the groups that tend to participate in these activities — teenagers and the destitute — are hardly the biggest spenders.

However, by simply moving on what are seen as “social problems,” these practices have been criticized as displacing problems in order to create sanitized, easily marketable enclaves in our cities, while failing to address the roots of the problems they face.

The recognition of this shift has provoked a long line of movements to resist it. Reclaim the Streets is one with a longer vintage and a more radical flavor.

At the other end of the spectrum, the organization “Advocates for Privately Owned Public Space” in New York takes a more pragmatic approach to the status quo that seeks to inject at least a little democracy into the management of the city’s plazas and arcades.

You may not see the question of who owns the street you shop on as one of the central problems of our time, at least at first glance. But the exclusionary policies that accompany POPS help to exacerbate the polarization of society that has characterized the last couple of decades, giving distrust of other groups a spatial expression.

Exploiting our (often manufactured) sense of fear and insecurity, the private security guards are there in POPS are there to exclude the “other” from our own tailored urban landscape, as long as we are spending money. One report by U.K.-based author Ann Minton quotes Victorian-era British politician Benjamin Disraeli, speaking of a society where there was “no intercourse and no sympathy between rich and poor, they enjoyed different breeding, different food, different manners and different laws.” The barely perceived shift in our urban landscape represented by POPS might well be a sign of our own times.