Making the best of days where it all goes wrong 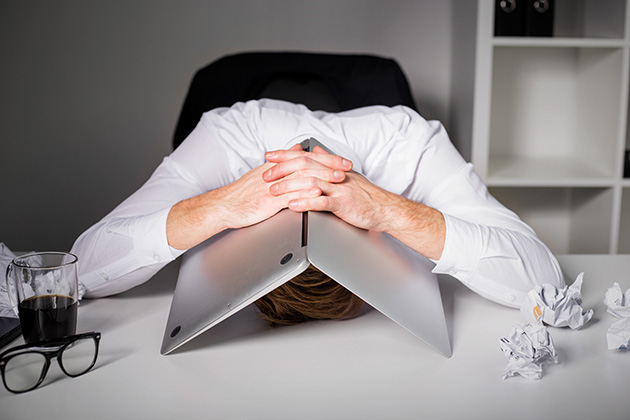 Have you ever had one of those days where nothing goes right and everything goes wrong? No matter what you touch, there’s a screw-up. At the end of the day, you have nothing to show for your work and just wish you could have a “do-over.”

I had one of those days recently. First, I embarrassed myself by emailing the wrong Susan in my address book. I tried a new recipe for making tofu (yes, really), and after many hours, I ended up with a few ounces of tasteless crumbles and an entire kitchen full of dirty pots and pans.

I also tried making barbeque sauce without a recipe (how hard can that be?), which resulted in a saucepan of sweetish, red goop. Ugh. So after those kitchen failures, I reverted to my time-tested biscuit recipe but substituted a different flour for regular white flour. Not a smart move. Everything ended up in the garbage.

Next, I tackled downloading a software program I had been interested in. Steps Nos. 1-4 went according to plan. Struck out on step No. 5 because the icon that should have appeared which I needed to click, was nowhere to be seen. After uninstalling and reinstalling several times, repeating steps 1-4 endless times, I still never made it to step No. 5. I gave up. Another failure.

I checked the mailbox to find a note from the postman that said, “You weren’t home so we couldn’t deliver your package.” Yes, the very package that I had been awaiting for two months. Do I need to tell you that the postal carrier did not ring the doorbell to see if I was home (yes, I was—the entire day) and that the post office has no idea where this package currently is?

The next morning it occurred to me what my biggest failure was: measuring my day by whether or not activities proceeded according to my plan.

So my culinary experiments went awry? So what? That’s what an experiment is—a test to determine outcome. To paraphrase Edison, I now know another way to not make tofu and what flour to not substitute and what not to do when attempting to make homemade barbeque sauce.

And I know that I need to find different directions for installing that software, or hire someone better versed in software applications than I, or just decide how much I really need that particular program anyway.

Did you learn anything about a task or about yourself that you can apply to make a better product or make yourself a better person? Did youenjoy the process regardless of the outcome?

I should tell you that I had a happy-go-lucky attitude throughout my day of failed outcomes. But it wouldn’t be the truth. I admit that I did a fair amount of grumbling which unnecessarily worsened my attitude. I wasted a precious day by grumbling and complaining, not by failed experiments.

Learn and grow from our mistakes and the curveballs that life throws our way. We only get one life; make the most of it.