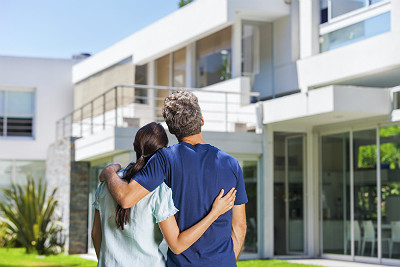 A new report from Oxfam shows that half of global wealth held is by 1 percent of the world's population. By next year, they will own more wealth than the other 99 percent combined. This uneven distribution of wealth has had its ripple effects, and even the housing industry has felt the tremors.

While this is not really a surprise — we do live in a primarily capitalist society — the widening gap is as much a cause for worry as it is for analysis. Experts need to study the trends carefully so that future developments in the industry can match the rise and change in demands accordingly.

A perfect example has been the steady rise of luxury housing, despite the slow and rather tepid overall market growth. Homes worth $1 million or more saw a 9 percent rise in sales in the third quarter of 2014 from the year before. A Redfin survey shows that million-dollar homes are going to sell fast and well through 2015, but will only comprise of about 3 percent of the overall housing market.

According to the National Association of Realtors, the market is still dominated and regulated by the $250,000 homes. But a sound stock market and IT industry boom have led to the rise of an affluent few who can ride the ups and downs of the market easily and demand for luxury homes.

A major development in this segment is happening in New York. For the movers and shakers in the Big Apple, a spate of housing projects promises a new level of luxury living. New Manhattan towers with luxury condos are going to double their existing numbers very soon.

Elite developers and their uber-rich housing projects are all targeted toward the small pool of super-wealthy buyers. But the competition is brutal, and the profits from these anticipated new projects are all set to dominate the financial structure of the housing industry there.

According to Trulia, other strong markets will include names like Boston, Middlesex County, Dallas, Nashville, Raleigh, Fresno, Salt Lake City, San Diego, and Seattle. The Midwest will see slow growth since the job market and the overall economy will be sluggish in the region. 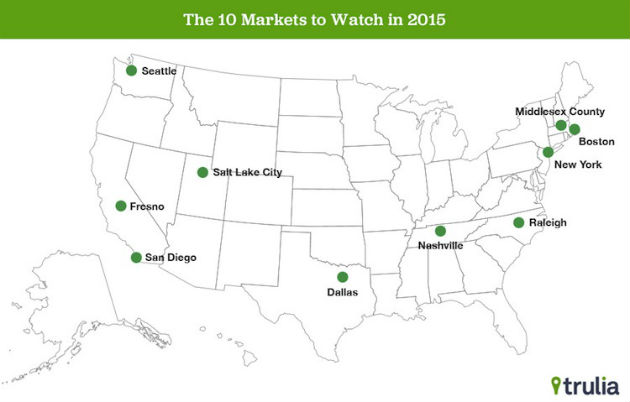 But the market that is showing definite growth in the luxury housing sector is Texas. The 2015 Texas Luxury Home Sales Report released by the Texas Association of Realtors shows a 9-25 percent rise in the sale of luxury homes across the Austin, Dallas-Fort Worth, Houston and San Antonio markets.

A robust economy and population growth in the state have helped drive up the demand for luxury homes. A steady job market and growing prosperity have also made it one of the most sought-after locations for residents from other states as well.