Looking good and staying fit: What to look for in a wearable device 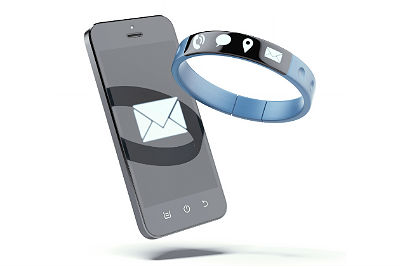 Starting each day with motivation to exercise can be a challenge. But imagine having the power to track and monitor your physical performance with ease, while reaching your best fitness potential.

Imagine no more. Fitness technology — especially wireless bracelets — is becoming a mainstream phenomenon. In fact, tech research firm IDC recently found that an estimated 19 million devices, including smart watches, connected glasses and wearable technology, will ship this year. IDC also predicts that the wearable computing market is on track to do 120 million units a year by 2018.

These clever gadgets know exactly how hard you're working (or not) during exercise. Whether that is tracking activity, staying connected through smart watches or capturing your next adventure with wearable cameras, there is a dizzying array of wearable technology available.

If you are looking to up your fitness game or gain a competitive edge here are some things to consider when finding the right device for you.

What activity will you be doing?

What if your game of choice is golf? A device called Game Golf, for instance, has a sensor that features GPS, a compass, accelerometer and a gyrometer. It clips to your belt and records all manner of data, which after a round is sent via a Bluetooth connection and can be viewed on computers, iPhones or iPads, according to Golf Digest. Other wearable technology like GolfSense captures analysis on your golf swing through 3-D sensors.

What are the costs?

A benefit to wearable technology is gaining fitness data in areas where the use of cellphones and laptops are impossible, like inside a swimming pool. However, shelling out money for another device is something to consider.

According to Nielsen, roughly 70 percent of consumers are aware of "wearables," yet only 1 in 6 (15 percent) purchase one. A primary factor is cost. Some may find spending $10 on a pedometer and a notebook is more reasonable than a $150 fitness bracelet.

How are they used?

Integrating technology into your fitness plan to optimize workouts is gaining traction. Activity trackers like the Fitbit, Jawbone UP24 and Nike+ FuelBand are outfitted with various get-off-your-butt software. It's important to know if the device is compatible with smartphone, tablet or PC.

Next, you'll need to consider is whether you want to wear a wristband or workout gear that monitors your muscles.

The Internet has a wealth of reviews on the latest and greatest wearable technology to transform a couch potato into a lean, mean fitness machine. An article in IT Business compares a number of performance-tracking bracelets.

One tennis-specific fitness tracker called Smash is due to hit the market soon. A lightweight wristband combined with an app, Smash provides easy access to technique analysis and personalized recommendations.

It never hurts to remind anyone interested in using wearable technology to also consult with your physician before starting. The devices are not substitutes for doctors monitoring overall health.

Yvette Craig is a reporter/editor living in Dallas. The Milwaukee native has worked for newspapers across the country covering various beats including law enforcement, education and the homeless. A senior content editor for MultiBriefs, she believes she was born to be the "voice for the voiceless" through her writing.