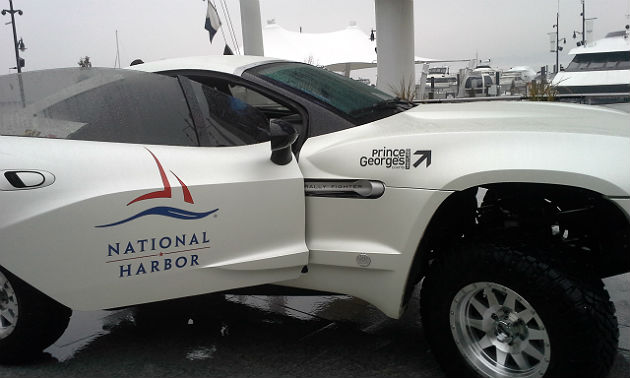 NATIONAL HARBOR, Md. — The auto industry is set to experience another ripple of change as tech company Local Motors recently announced its plans to open a microfactory in the Washington, D.C., area to design, produce and sell the world's first 3-D-printed automobile fleet.

In an industry just learning to accommodate Tesla, Local Motors seems ready and willing to push even more buttons.

On Jan. 12, developers of the Washington, D.C., area's National Harbor and Phoenix-based technology company Local Motors held a news conference to announce their plans to build a microfactory in the area to produce a 3-D-printed automobile fleet.

At the news conference, Local Motors drove out its Rally Fighter, a 3-D-printed off-road car designed by 7,000 volunteers online. The Rally Fighter is in addition to the Strati, which debuted on the same day at the Detroit Auto Show. According to Local Motors, the Strati is the first 3-D-printed car in the country.

Justin Fishkin, chief strategy officer for Local Motors, noted that the facility would function much like an Ikea, where customers from the region would be able to come, design and perhaps even help build their own cars.

For a visual aid of the process, Local Motors provides this video:

The new facility will have a three-fold purpose of being a retail store and showroom, a microfactory and a laboratory. The two groups plan to break ground on the new location this year. The first 3-D printed vehicles to be produced and delivered should be on the road shortly after that.

According to a report by The Washington Post, the Prince George's County Council — the governing body that controls the land surrounding the National Harbor — still must approve zoning changes for the planned facility. Also, any cars produced by Local Motors would not be approved by the federal government for main road travel.

In speaking about the new partnership, Jon Peterson, principal of the Peterson Companies, which develops the National Harbor, called Local Motors "the future of advanced composite manufacturing."

Local Motors hopes to employ up to 100 people with its new facility, as well as hopefully affecting the surrounding economy in a positive way.