Little white lies can add up to destroy your credibility 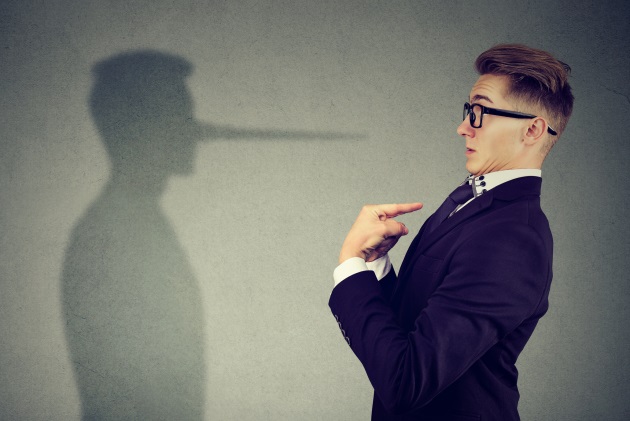 We tell little white lies to make our lives easier, to get ahead in business, to sell a product, to disguise our ignorance, to give ourselves some leverage in a relationship, and to avoid any confrontation.

Everyone tells little white lies. They don’t hurt anyone.

A customer relayed to me that her previous travel advisor had advised her to take a taxi from the train to the dock to catch her ferry. Many euros and a half-hour later, she discovered the cab driver had simply driven around the block because her destination and arrival point were one and the same — just a different entrance.

Why did the travel advisor suggest this? She probably didn’t know the answer and rather than admit her ignorance when she called herself a specialist in that destination, she suggested something commonplace like a taxi.

A friend was broadsided in her car by a driver who freely admitted he was in the wrong. His insurer told my friend, when she asked for reimbursement for a rental car, that he needed to first interview witnesses before any reimbursements could take place.

Not five minutes later he told her that witnesses reported she had been speeding. "You just said that you hadn’t interviewed any witnesses at all." Err, ahem, aaaahhh, aargh. Caught in a lie.

She said, "then you must have a contract stating so and that the airport assumes any liability should any damages occur." A huddle ensued among the workmen where one could clearly be heard asking the others if they had a contract in writing. Caught in a lie.

My local hardware store posts the prices of bulk nails and screws and allows the customers, in an honor policy, to tell the cashier how many screws they have and at what price each. But some people are without honor. "I have six screws in the bag at a quarter each." "Gee," the cashier says, "it feels like more; you have twenty screws, not six. And these cost more than a quarter each." Caught in a lie.

The heating and air conditioning serviceman tells you that a new heater will save you 50 percent off your heating bill, so a new heater is a terrific investment. Your energy bill comes, and at most, you’ve noticed a 10 percent reduction. Caught in a lie.

You’re supposed to be at an important event by 6 p.m., and your host calls you at 6:30 to ask where you are. "Oh, we’re only five minutes away but stuck in traffic," you answer as you stand in your living room futzing around, knowing full well that you’ll at least be an hour and a half late, inconveniencing and worrying your host needlessly.

Those little white lies, casually tossed out to ease our lives or help us get ahead, are never little in the damage they do. They destroy our credibility, our reputations, and our relationships with the people we love and work with.