LinkedIn: Considerations for military personnel transitioning to a civilian job 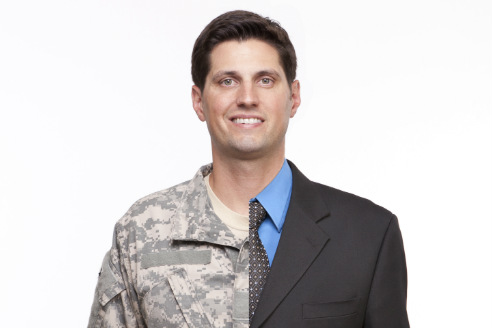 If you will soon be transitioning from the military, it may be a good idea to create a professional-looking LinkedIn profile.

The LinkedIn website is a hybrid social media/job search website. It’s also a very powerful resource for recruiters. Several recruiters have told me that they fill at least 80% of their vacancies through LinkedIn.

LinkedIn allows recruiters, using a keyword search, to find the résumés of job seekers who will be a good fit for an open position. It saves recruiters the annoyance of sorting through hundreds, or even thousands of inappropriate résumés.

Understandably, many service members are wary of social media websites. This is especially true for anyone who has gone through the Survival, Evasion, Resistance, and Escape (SERE) course.

However, if you are all through with your military service, LinkedIn may help you land the right job.

There are some very important considerations to make before you create your profile.

The first is personal appearance.

You will want to have a headshot taken by a professional photographer. You will want to wear business attire; a shirt and tie for men or an office-appropriate blouse for women. In accordance with every Public Affairs briefing you’ve ever attended, if the photographer offers you makeup, it’s a good idea to accept.

If you’re thinking of growing facial hair after you separate, get the headshot beforehand. The heavy beards that are popular today come off as intimidating on a social media site.

If you’re looking for employment outside of the military and government realm, do not use photos of yourself in uniform.

This can be intimidating to employers, and here is why.

When people who have never considered serving encounter military personnel, on some psychological level they become aware that they did not serve their country. Now, this may be true, but for the sake of all that is holy, never say that to a recruiter or in an interview.

Another reason to wear civilian clothes in your photo is that, sadly, many employers do not want to hire Reservists and National Guard members. If your photo is taken in uniform, a recruiter may assume that you are drilling and deployable.

Try to smile in your headshot. People in a position to hire in the civilian world usually have plenty of qualified candidates from which to choose. Having been on several hiring committees, I can tell you that the conversation regarding who to hire ultimately comes down to the question, “Which one of these people is most likely to get along with our group?” That speaks to attitude, so, “Smiles, everyone! Smiles!”

The second consideration is the de-weaponization of your résumé.

Few potential employers are going to understand the ethos of the profession of arms. Therefore, it is crucial that you write your résumé in a way that is understandable to the civilian mind. For example, if your MOS was 11B Infantryman, do not list your duties as, “Close with and destroy enemy personnel and equipment.”

Instead, write about the skills you learned, such as first aid, and the operation of satellite communications equipment. Also, talk about any touchy-feely missions you participated in, such as distributing humanitarian aid, or supporting medical assistance missions. Avoid acronyms like the plague. No one outside of the military is going to know what a MEDCAP is.

A third consideration is OPSEC.

Foreign nations, even our allies, collect on us. One of their most effective tools is the bot. Bots scour the internet looking for keywords and alert their user of sites that might be exploitable.

Depending on your situation, you may not want to list your security clearance level on your profile. It might also be a bad idea to list certain extra duties, such as Security Manager. A recruiter who works for a company that handles classified material will know that if you worked in staff operations (just one example), you hold or held at least a Secret clearance.

On the other hand, if you were a motor transport operator, or held a military driver’s license, you may want to include your clearance level. Truck drivers who also hold a clearance can make great money in the civilian world. A few places to start looking for such work are Northrop Grumman, AECOM, and SpectraTech.

The following are a few other considerations to bear in mind when using LinkedIn.

When your account has been created, it’s time to reach out to former colleagues and form connections. You can do this through the website’s people search function.

LinkedIn will offer to access your email account to find connections who are already users. I recommend against that. In fact, it is a good idea to create a new email address specifically for your communications through LinkedIn.

LinkedIn offers a premium service that comes with a fee. It’s a good option for recruiters, but job seekers don’t really need it. If you do decide to use the premium service, don’t use your personal credit card. Instead, buy a prepaid, disposable, one-use credit card. In 2012, LinkedIn suffered a data breach in which 167 million login credentials were stolen. That means that if you had a credit card on file, an identity thief could have stolen it.

To sum it all up, LinkedIn may not be a perfect fit for every separating service member, but it’s still a highly effective way to find a job.