Let’s call ‘lasing’ helicopters what it really is: Attempted murder 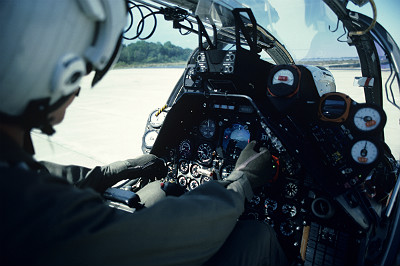 The National Law Enforcement Officers Memorial Fund published its annual compilation of officers killed in action during 2014. The killings of law enforcement officers rose again this past year; increasing from 102 in 2013 to 126 in 2014.

And for the fifth straight year, ambush cop killings were also on the rise, punctuated by the Dec. 20 assassinations of two New York City officers and the attempted assassinations of two Los Angeles police officers on Dec. 29. These heinous crimes are part of a growing overall trend of the criminal element taking blindside pot shots of police, firefighters and EMS professionals — on the ground and in the air.

In the case of the latter, it doesn't much matter if the weapon is a gun or a laser pointer — the results can be the same: loss of aircraft and loss of life. Yet the penalties, depending on the choice of weapon, can vary widely based on the prosecutors' interpretation of the law and whether state or federal laws are applied.

For example, a gangbanger who fired a gun at an LAPD A-Star in 2011 got 25 years in the can under California state law. Among the charges: two counts of assault on a peace officer with a semiautomatic firearm, attempted murder of a peace officer, one count of shooting at an occupied aircraft and one count of carrying a loaded firearm as part of a street gang.

However, people who laser aircraft and are prosecuted under federal law seem to do better. A California man prosecuted by the feds got just 21 months in jail for lasing two police helicopters, while another in New York got no jail time at all for lasing a Westchester County public safety helicopter. Most people who fire lasers at aircraft are never caught and, of the rare who are, a mere 50 percent are convicted, according to the FBI.

Things are even more lenient in Europe. In the U.K., two 21-year-olds were fined a mere $400 and given no jail time for repeatedly lasing an EMS helicopter to the point where it had to abort its mission; the waiting patient died.

Whether you're firing a gun at an aircraft or lighting it up with a laser, the action has the potential to bring the aircraft down and cause loss of life. The law should treat the crime uniformly and with the gravity it deserves.