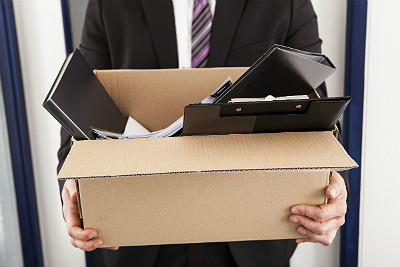 Welcome to the time of year when it becomes ever so clear who you wished no longer worked here. In Part 1 of our series on terminations, we learned from the ghosts of the past. In this second article, we will learn a little something from the ghost of the present.

The gift of money... and time

So many employers decide to forego terminations around the holidays because they feel bad letting people go at this time of year. However well intentioned, this is misplaced guilt that is often really about making the terminator feel better than the terminated. If done properly, this can be a tough but thoughtful act.

Think for a minute if you were going to be fired around the holidays. Yes, initially you would think how callous your employer was and worry that you would harbor negative feelings associated with the holidays going forward because you were the victim of such a heinous atrocity.

And third, most employers are really bad about hiding the fact that they have made a termination decision. So for those last weeks around the holiday, the decision is weighing on them, likely affecting their behavior. You, like most employees can sense this, so you end up spending the holiday season paranoid something is going to happen.

Instead of all of that, employers can just have an honest conversation with the employee (at least as honest as the employment attorney will allow) and let the employee go as soon as the decision is made. Treating employees like adults shows them respect, which can go a long way to maintaining the dignity that is so important when letting someone go.

The employee is given a nice severance and some time to enjoy the holidays before beginning to look for another job in the new year. And the environment in the office has a better chance of being celebratory. Doesn't this sound better than the first way?

And it works in most situations.

For example, if the employee you are terminating is actually a good employee that for unrelated reasons you have to let go, this can definitely be a beneficial approach. On the other hand, if this is a bad employee you are terminating for reasons directly related to him, then you should not feel bad letting him go at the holidays. You have probably been carrying him longer than necessary anyway, so cut the cord!

Before you think you don't want to give employees any money because they are essentially getting fired, stop. Firing employees and making them angry by being cheap with the severance is not the way to go. Give them the extra money to sign the separation agreement and enjoy some peace of mind.

Thus, while it may seem counterintuitive, the gift of a holiday termination is quite possibly the best gift you can give your future ex-employee.