Learning disabilities, ADHD, and the psychopharmacologist 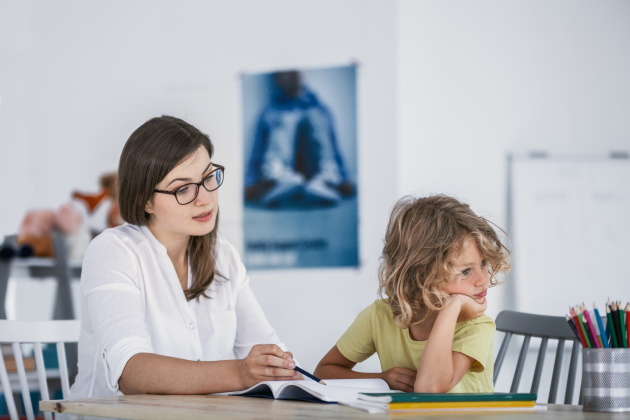 The treatment of ADHD, particularly with the use of medication, has proven to be extraordinarily successful and unbelievably beneficial to the quality of life for the great majority of people. This article will provide a substantial understanding to the psychopharmacology of ADHD. Although the FDA has designated very specific medications that have been indicated for ADHD, the use of these medicines off label may, in fact, be helpful to those individuals with and without ADHD. This was demonstrated as far back as the 1940s.

ADHD has been described as a group of symptoms associated with the nervous system, particularly the prefrontal cortex. Medication approaches generally will increase two of the three major chemicals that nerves have used to talk with each other: norepinephrine and dopamine. They are presumed to be lower in individuals that have ADHD.

Why? The “inattentive symptoms” such as difficulty with sustained attention, or getting distracted easily, have responded best to the medicines called stimulants. Next, behaviors associated with “impulsivity and/or hyperactivity” such as actions completed without thinking of consequences, or the display of excessive motoric activity, have been treated successfully by both non-stimulants and stimulants. However, the third area described by the psychopharmacologist, executive function which denotes the ability to organize material and place information in a hierarchy, does not have a specific medication intervention found to be effective.

Most people generally respond well to stimulants regardless of age. Youngsters up to the age of puberty have been found to respond best to methylphenidates (Ritalin, Concerta, etc.). Beyond puberty, amphetamine-based medicines (Dexedrine, Adderall, etc.) have been shown as the most effective stimulant type.

Since stimulants have been the most commonly prescribed medications for ADHD, and the methylphenidates seem to be used prior to puberty and amphetamines after puberty, how does one choose which specific medications are best within the methylphenidate family and the amphetamine family? Each of these stimulant families have members that are liquid, tablets, orally disintegrating tablets, and capsules. The preferential method of swallowing medication has been used to make that decision. The duration of action desired would follow.

The ideal medication would last the entire day after one morning dose. Sometimes a booster in the afternoon is necessary. Timing of the dose has been shown to be an important factor. For instance, the time in the morning for the medication to kick in and work may be critical in some individuals. A recently developed stimulant taken at night that does not become active until one has woken up in the morning has become available.

Sometimes, there are multiple medications with the same duration of action yet may be drastically different in cost and quality.

Generic formulations have certain mandated parameters of equivalence in relationship to the brand medicine. Still, the clinical effect can vary generic to generic, because of the differences in fillers, dissolving and absorption properties, etc.

Before starting any medication, make sure that all causes of the symptoms are seriously considered — psychological, medical, medication, substance usage, etc. Always verify that a person has been deemed medically safe and psychologically appropriate for any given medication.

ADHD may coexist with other problems. These comorbid conditions each have their own treatment protocol. Trichotillomania, tics, Tourette’s, epilepsy, insomnia, anorexia/bulimia/orthorexia, obesity, short stature, structural heart problems, arrhythmias, high and low blood pressure, diabetes, substance abuse, — all have unique treatment options that may supersede intervention for ADHD. Disorders such as obsessive compulsive, bipolar and unipolar, anxiety, insomnia, short stature, oppositional defiant, as well as autistic spectrum disorder have potentially confounding medical aspects that often must be considered prior to ADHD treatments.

The use of stimulants has always carried risks of misuse, diversion, and potential medical and psychiatric side effects such as growth issues, heart and blood pressure issues, and uncommonly mood disorders. Even if an individual has not demonstrated ADHD symptoms, stimulants may enhance ease of learning.

Since World War II, various preparations have been given to certain non-ADHD combatants to maximize focus, duration of attention, etc., but all with a potential risk. Every physician has to assess the risk to benefit ratio for each patient, and above all else, do no harm. These medications have FDA approval often solely limited to professionally diagnosed ADHD.

Each individual medicine has its own guidance on dosing determined by the manufacturer. When using several stimulants in a family, the sum amount of medications must always be considered. If multiple non-related medications have been suggested together, the psychopharmacologist must consider drug-drug interactions and metabolism of each medication individually, as well as the total effect of all the medicines together.

The non-stimulants can be used singly, or in combination with stimulants, and possibly even with other non-stimulants. The non-stimulant category members that have been FDA approved for ADHD include atomoxetine (Strattera), and the alpha adrenergic antihypertensives guanfacine ER (Intuniv) and clonidine ER (Kapvay). Atomoxetine has often been used alone especially in people that have extraordinarily high anxiety states, and possibly on the autistic spectrum. The alpha adrenergics have been used alone especially if the person presented solely with impulsivity/hyperactivity.

The non-stimulants have often been used first in people with tics, Tourette’s, sensitivity to getting high blood pressure, issues with poor appetite, or those that have addiction tendencies. The non-stimulants (particularly the antihypertensives) have been used as adjuncts to stimulants especially when there has been residual impulsivity and hyperactivity. However, in the past, there have been extraordinarily rare cardiac issues when the antihypertensives are combined with stimulants. Very special caution should be used when one has determined the combination may be beneficial. Atomoxetine has augmented stimulants as well as the alpha adrenergic antihypertensives especially when inattentive symptoms have not been totally ameliorated.

Off label use of medications has been helpful under certain circumstances, especially in adults. Different bupropions (Wellbutrin, Aplenzin, etc.) may help not only ADHD, but also depression, etc. Modafinil (Provigil, Nuvigil) has helped with the focus and energy issues experienced by adults.

Each medicine has its own specific side effect profile and contraindications. These issues must be discussed with the physician. For many years, especially on the East Coast, tricyclic antidepressants and monoamine oxidase inhibitors, both not especially common nowadays because of serious side effects, have been used carefully in adult ADHD. Venlafaxines (Effexors) which increase serotonin, norepinephrine, and at higher doses dopamine, have been used off label for ADHD.

Finally, ADHD is often a subset of a larger syndrome/illness, or a common comorbidity to many many issues, especially learning disabilities. The specific learning disability that has involved executive function may be the most problematic portion of ADHD for a person, or as a separate disability itself.

As of yet, the FDA has not approved any medications for difficulties with executive function or any other learning disabilities. Various studies regarding the use of medicines for the many aspects of processing speed, for example, have yielded conflicting results.

In conclusion, anyone that has been diagnosed with learning disabilities should be thoroughly evaluated with great care and precision for medical, psychological, environmental factors, and comorbidities. The coexistence of other difficulties has been found to be very common, particularly ADHD. The most effective intervention for all learning disabilities has been to consider each and every coexisting condition and the risk to benefit ratio in the treatment (and non-treatment) of all entities. Precision diagnoses along with exacting interventions by an astute, experienced clinician will yield the best results in an individual’s quality of life.

Lance Steinberg graduated from Dartmouth Medical School and was designated a Rock Sleyster Scholar by the A.M.A. as one of the top ten medical school students in psychiatry for the United States. He completed a full residency in pediatrics at UCLA and Children’s Hospital of Los Angeles, then a fellowship in adolescent medicine with an emphasis on medical-psychiatric interface at Stanford University Hospital and Clinics. Dr. Steinberg then trained in psychiatry at Cedars-Sinai Medical Center where he has taught advanced child psychopharmacology, CBT, and self-hypnosis for over twenty years. He has spoken on behalf of TSA, CHADD, OCDF and is a professional referral for these organizations.