Law enforcement must make effort to engage with communities 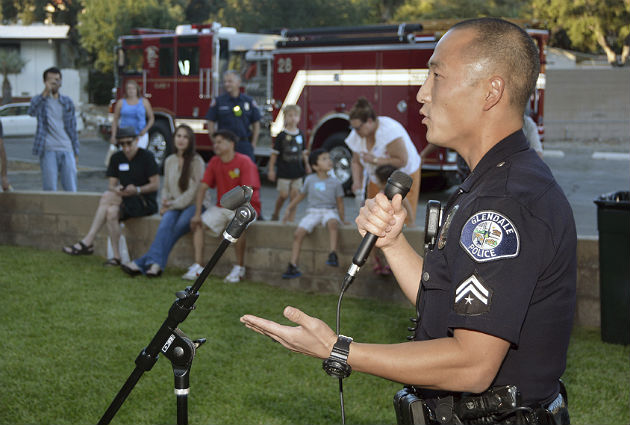 The National Night Out against crime is great for engaging with the community, but departments are looking to do more.

Now departments are implementing new protocols, not just for dealing with suspects but also with civilians at large. In such a scenario, one organization in Memphis, Tennessee, is making a huge difference to dispel citizens' misgivings.

While the name "Cop-Stop" doesn't sound too original, it's actually quite brilliant in its simplicity — probably because it came from the mind of a child. The idea behind the organization is to build — and in many ways rebuild — the relationships with people on both sides of the badge. These officials include the police as well as the firefighters in the area.

The common ground here is food. People gather to eat, converse, socialize and get to know each other in a warm and convivial atmosphere. The campaign has been such a hit with the agencies as well as the locals there are already nine chapters enrolled in it.

Speaking to the media, many of the locals said they feel it is important for them and their children to interact with police officers and firefighters, getting to know who is serving them and keeping them safe. More importantly, they want to get that spirit of the community, that homey feeling back again.

When we think of the media backlash against the police in recent years and the way law enforcement officials have been vilified on social media, it is easy to see why people feel the need to get that sense of community back. The growing distrust of law enforcement agencies has led to a discontent that is still largely unaddressed. While some incidents may deserve the vilification, branding the entire force has hardly been conducive to finding out the truth.

Instead, this distrust has led to more insecurities, with the general public unsure of who to turn to in need. Participating in programs like these will go a long way to dispel these feelings of discontent. It will also give law enforcement officials an opportunity to interact with their community once again in a positive way.

The officers raise money for the Special Olympics by taking a chilly dip in the icy cold Lake Winnipesaukee. They have been doing this for the last eight years, and more people have gotten involved each year.

Along with the athletes and officers, residents have joined to soak in the great experience and interact with everyone. The Winni Dip has raised over $83,000 for the Special Olympics. The police chief even does a traditional belly flop to contribute in the fundraising efforts.

With more 500 officers dying on the job in the last five years and more than 25 officers killed in the line of duty this year alone, the need for law enforcement and communities coming together in stronger solidarity is more imperative than ever. Rising violence against officers is as disturbing as the rising distrust about their actions and what they stand for.

A new a bill introduced by Congress last week, called the Blue Lives Matter Act, has been drafted to protect law enforcement officials and make an attack on a police officer a hate crime. While legislation like this is important to protect the people who risk their lives for others every day, relationship building with people in the communities they serve will perhaps matter more in the long run.