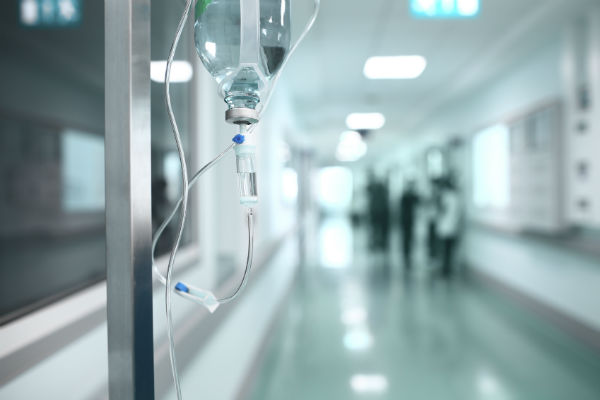 A small segment of patients presenting to emergency departments with acute behavioral disturbances do not respond to traditional sedation. A new Australian study suggests ketamine is safe and effective sedation for these patients.

"Although such patients are uncommon, they cause significant disruption and danger to emergency department staff and consume time and resources required for other patients. Ketamine is a reasonable third-line agent to use on these patients once other sedation options have been exhausted."

The researchers launched a prospective study of 49 patients from two hospitals over the course of 27 months. The participants had received ketamine for sedation after failing previous sedation attempts with standardized parenteral sedation protocol, including the use of droperidol and combinations of droperidol and benzodiazepines, and midazolam alone.

The median dose of ketamine was 300 mg, with individual dosages ranging from 50 to 500 mg. Five patients were not sedated within 120 minutes or required additional sedation within 60 minutes. Four of five patients received 200 mg or less.

After ketamine administration, the median time to sedation was 20 minutes. Three of the patients experienced adverse effects — two vomited and one had a transient oxygen desaturation to 90 percent.

In most cases, ED staff administered ketamine only after attempting sedation with droperidol. The average time to sedation post-ketamine was 20 minutes. Of the 49 patients who received ketamine as treatment for acute behavioral disturbances, only 10 percent did not achieve sedation within two hours or required additional sedation within 60 minutes.

In this small sample, ketamine appeared to be effective and did not cause obvious harm to patients. The study results suggest ketamine may be an option for patients with failed attempts at sedation. The researchers concluded the study by recommending a ketamine dose of 4 to 5 mg/kg and underscoring the fact that doses less than 200 mg may result in treatment failure.

"Most agitated and aggressive patients in the emergency department will either respond to verbal de-escalation or oral sedation, or be rapidly sedated with droperidol," Isbister said. "For the small number who don't, we have ketamine."