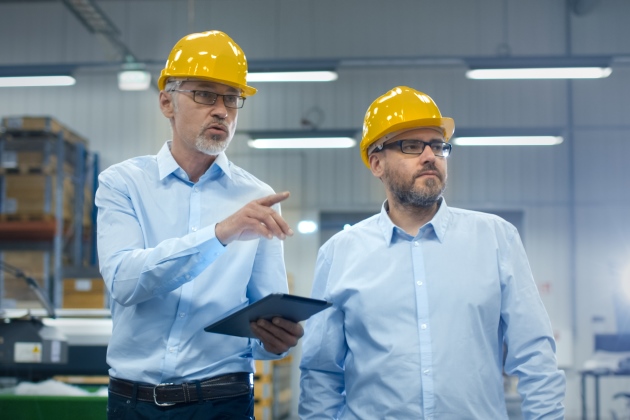 Seasonal warehouse work by nature draws quite a wide demographic — individuals in transition, college students, teachers, immigrants, rehabilitated offenders, retirees and young people new to the world of work as well those who travel between warehouses as a career.

During summer break, I joined one such group of humanity.

Production and safety are utmost concerns in any warehouse or plant — so managing workers to be highly effective while remaining uninjured tops the list of leadership objectives. While seemingly straightforward, it doesn’t necessarily prove simple in practice, especially when the temporary labor force comprises people with diverse backgrounds and personalities.

In our warehouse, I observed a few supervisors interacting with workers in ways that induced a noticeable dip in employee morale, resulting in reduced productivity and attention to safety.

Such mistakes are understandable — I’ve unknowingly made them as a teacher with my high school students. Yet a slight shift in approach is all it takes to avoid these common missteps.

Observe prior to disciplining

Common to the classroom and warehouse floor, it is ironic fact that high performers are typically more affected by scolding than slackers.

Near quitting time on one hot Friday afternoon, a supervisor walked out of the air-conditioned office and saw two workers facing each other at a table. Without noticing that one was taping boxes and the other loading a tape gun, barked out to stop socializing.

Once the supervisor was out of site, the workers showed obvious distress due to the insinuated accusation. One employee, who was among the most diligent workers in our area was dumbfounded and started talking about leaving.

To add salt to the wound, he’d voluntarily stepped in to assist on a task that he wasn’t required to do. Meanwhile, the other worker who generally puts forth minimal effort was less bothered by the supervisor’s words. Nonetheless, both stopped producing for the rest of the day.

Instead of jumping the gun, the supervisor could have easily stepped closer to see what was happening or if he didn’t have time, asked the pair what they were doing from where he was standing. If they were engaged in a legitimate task, as was the case, the supervisor’s words would’ve been seen as a question verses a scolding and resulted in less harm done.

On the other hand, if the workers had been slacking, their reaction would have indicated whether a reprimand was necessary. In the classroom, I’ve found that simple questions that let students know I’m paying attention help keep them on their toes and is often all it takes to redirect distracted pupils toward their work.

"The biggest tool that a leader has while touring a shop floor is observation," explains Debashis Sarkar, author, quality expert and managing partner of Proliferator Advisory & Consulting, an India-based firm focused on building workplace excellence. "Leaders should observe in silence, following the sequence: observe, ascertain — then comment only when it’s evident that feedback is necessary. Remember, effective communication is more about listening than talking."

Be direct with low-performing employees

In the school setting, it’s a classic that one enigmatic student draws the others in the wrong direction. Likewise, a few warehouse employees were geniuses at avoiding their labor and it became clear how this pulled down other workers.

One afternoon, our team was packing an order that involved filling boxes, taping them, then loading them on pallets.

After filling all the boxes, a couple of co-workers suddenly stopped confiding to me in Spanish that they were sick of working like dogs while certain others did next to nothing. Indeed, a person who was supposed to tape the boxes had walked away from the team and was chatting up someone who was on the computer.

Meanwhile, a new young employee who’d been in close contact with this particular employee did nothing. The order just sat there. Productivity by three normally hard workers had been lost because they just didn’t want to take up the slack one more time.

Eventually, the new employee — already negatively influenced because she saw no consequences imposed for slacking off — taped up all the boxes so the rest of us could load them on the pallets. The chatting worker never returned.

In the classroom, my diligent students have complained about the same dynamic when working in groups. At times, I’ve wrongfully expected them to work it out themselves; however, being in this situation with a peer clarified the responsibility the authority figure has in intervening.

"Free-loaders are deadly for a team," says Sarkar. He agrees that leaders need to be held responsible for confronting low-performers. One solution is placing the right team members in each group in the proper capacity to add value to the team while performing work they find meaningful.

Even when a situation seems clear, it’s important not to make assumptions before getting more information.

Our shipping team had just finished a big order when a direct supervisor walked out of the office, saw the floor littered with shipping label backings and exclaimed emphatically, "You’ve got to clean this mess up, now! There’s another order to do!"

What the supervisor wasn’t privy to was that two co-workers had already gone for brooms and dust pans. In addition, the order had been completed in record time.

A team member who’d just stacked some 100 boxes on pallets walked away. When she returned, she related that she had to get away to let off steam before exploding because she’d never felt so disrespected.

Had the supervisor taken the step to ascertain prior to speaking, our team would’ve most likely heard a compliment verses a complaint.

To me the comment was merely misinformed. Yet my co-worker’s reaction reminded me how words can be interpreted very differently depending on a person’s temperament and life experiences. It also warrants mentioning that her task was much more labor intensive than mine.

Bearing in mind that a person may be strong physically but sensitive emotionally is particularly useful when supervising employees one doesn’t know well such as temporary workers.

Whether managing a warehouse, manufacturing plant or classroom, an extra dose of patience and empathy goes a long way. Performance levels along with morale is sure to increase while stress levels decrease for everyone — especially those in a leadership role.