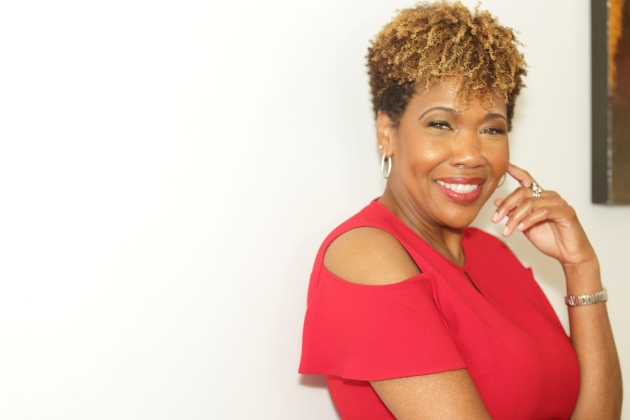 Katrina McGhee launched Loving On Me in 2012.

Katrina McGhee is the founder of "Loving On Me," a global movement to empower women to love themselves, support each other and take self-leadership of their lives.

A former executive of the American Heart Association and the Susan G. Komen Foundation, Katrina uses her own life experiences to help women who have the talent but not necessarily the confidence, self-esteem or strategy to go past the limits they’ve set for themselves, and have the life and career they want.

Early on, Katrina was a struggling young single mother who didn’t know what she was capable of, and never imagined she’d be where she is now.

Having gone from being an hourly employee to the C-suite and winning the fight against negative messages about self-worth and the role of women in the workplace, Katrina has the empathy and understanding to help other women do the same.

She is taking her message and lessons from Loving On Me to the Women’s Foodservice Forum where she will be facilitating 12 Leadership Development programs for women in the foodservice industry across the country beginning on Sept. 13. 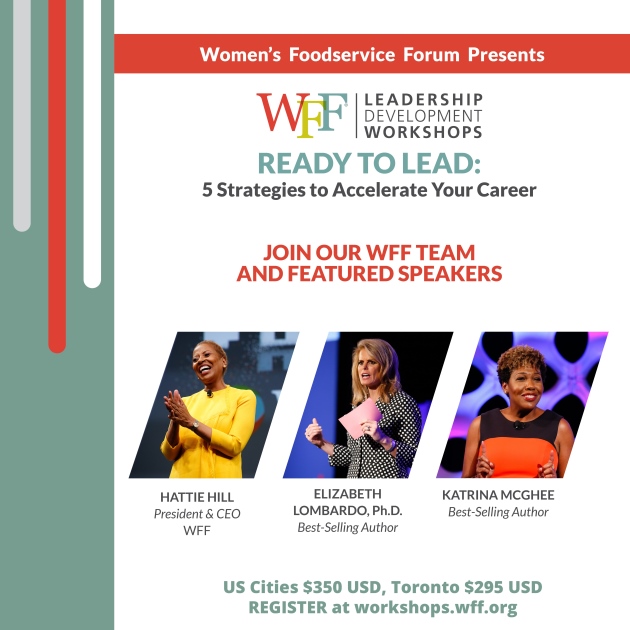 To register for an upcoming WFF Leadership Development Workshop near you, click here.

With so many motivational speakers on the circuit, I had to ask her what she did that was different.

"I do more than inspire. I focus on self-awareness, introspection and action. My process centers on actual application. I provide women with the right tools to transform themselves and make the right decisions to have the careers they want."

One of the first steps for women in her programs is a self-audit to see how they show up vs. how they want to be seen.

"I want them to understand their strengths, skills and the value they bring. I have them list ten words that describe them, and then I tell them to break each word down in detail. Too many people try to use words that sound impressive but that have no substance."

"Most people want to be profound instead of authentic. It’s authenticity that makes someone a better speaker, that gets other people’s attention and that builds connections," Katrina told me.

I often cringe when I hear the word authenticity because so often people are called authentic if they cry or show some sad emotion even if it’s not real. I had to ask her to break down authentic. I could relate to her definition.

"Authenticity is when you understand who you are, and show up that way every day," Katrina said.

She wants women to know that who they are is never wrong. If they focus on their strengths instead of trying to imitate someone else, they can make the choices that work. That will propel them to success.

Katrina knows from her own experience, "I learned that the hard way from when I thought who I was wasn’t good enough so I tried to be like someone else. When I realized that trying to be someone else was impacting my effectiveness, and made a decision to be true to myself, my life started changing and I became a better leader."

A key learning emphasis for her and one that she imparts to other women moving into leadership is to focus on their strengths, rather than wasting time and energy on weaknesses.

"Women need to invest in their gifts; their strengths and abilities and help others do the same." She says, "What you water grows, and what you don’t dies. Everyone can grow and evolve."

This is essential for any leader, not just for women.

But women particularly need to hear this message even before they are considering a leadership position. It can even be more difficult for women of color, who often have to deal with bias, invisibility and being underestimated.

In the leadership series for WFF, Katrina will show participants how every single one of them can be an A player.

"I challenge leaders to identify the potential in each person. Some of us are just out of position. Is there another opportunity where they can excel? And if they’re not ready, how can they be more impactful in their position." 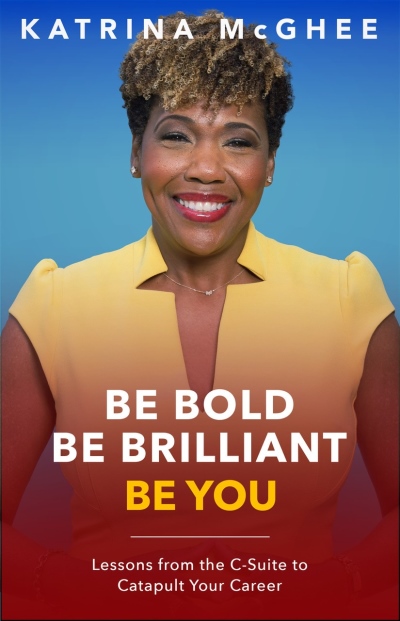 Her upcoming book is entitled, "Be Bold. Be Brilliant. Be You. Lessons from the C-Suite to Catapult Your Career."

Female leaders across the world have shared with me pivotal moments in their lives that either helped steer them on their course to success or caused them to make a major change. Katrina told me about hers.

"I was working in a non-profit in multicultural marketing and saw an opportunity to target women as donors. We kept hearing that women didn’t have money to donate, but I knew that women did more buying than men. I saw this as an opportunity and suggested to my boss that we create a campaign to reach women."

"When he told me there was no money for marketing to women, I asked him if I got the money, could I do it. I’d never run a program before. This was beyond my job description. I was in multi-cultural marketing, and not managing any of the finances. But he said yes and I was able to get the money. We launched the first national women’s campaign and it was extremely successful."